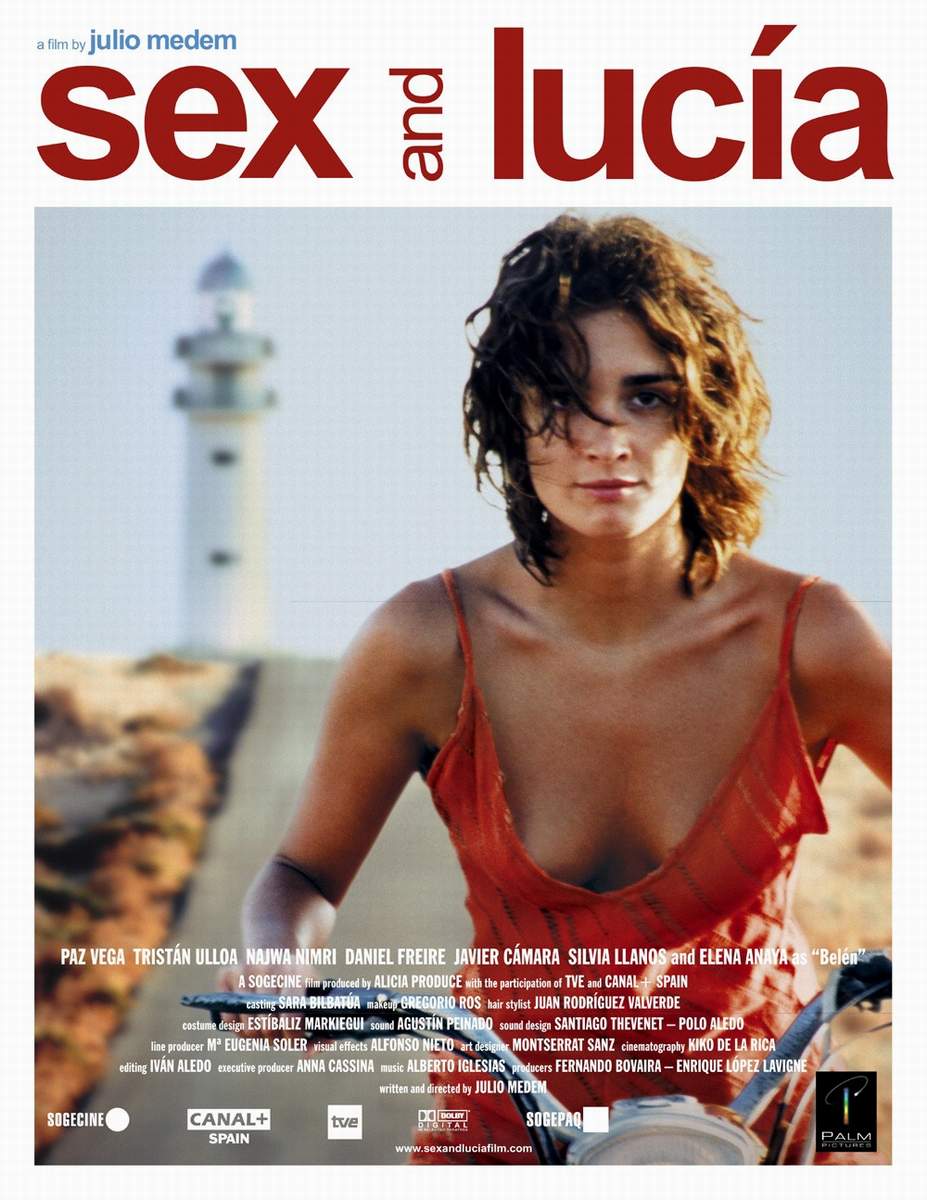 SEX - yes, get it out of the way first. The film has a lyrical quality and has amazing cinematography. There are complex relationships throughout, and fantasy and reality intermingle to great effect.

paz vega at her best

probably paz vega's only best film and also this director julio medem this director made alot of films but this one i mean the cinematography and the way its shot is amazing.all the blue color and lenses and yes story was good too at times bit confusing but it requires repeated viewings ,and as for paz vega she looks good in long hair this is one of her better films .this is a old film but great now paz vega looks wierd .and also this film introduces us to elena anaya another huge name of film industry like paz vega and penelope cruz or etc .both elena anaya and paz vega are sexy women .this film is about their prime you can see how they were young and sexy.there is alot of explicit scenes in this one but its a sad love story,its got many themes i saw it many times,if you enjoy films …

My favorite List of all the time by JAT

To borrow - Iberian and Latin American language by Filmhog

Movies I Want To See by fernasm

No posts have been made on this movie yet. Be the first to start talking about Sex and Lucia ( LucÃ­a y el sexo )!