FROM THE BIG SCREEN::
Crisis (2021) Three stories about the world of opioids collide: a drug trafficker arranges a multi-cartel Fentanyl smuggling operation between Canada and the U.S., an architect recovering from an oxycodone addiction tracks down the truth behind her son's involvement with narcotics, and a university professor battles unexpected revelations about his research employer, a drug company with deep government influence bringing a new "non-addictive" painkiller to market. 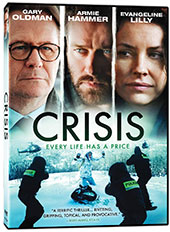 In "Annie Get Your Gun" (1950), Betty Hutton (as Annie Oakley) and Howard Keel (as Frank Butler) star in this sharpshootinâ funfest based on the 1,147-performance Broadway smash boasting Irving Berlinâs beloved score, including âDoinâ What Comes Naturâlly,â âI Got the Sun in the Morningâ and the anthemic âThereâs No Business Like Show Business.â As produced by Arthur Freed, directed by George Sidney, and seen and heard in this new remastered HD presentation, this lavish, spirited production showcases songs and performances with bullâs-eye precision, earning an Oscar for adaptation scoring. The story is a brawling boy-meets-girl-meets-buckshot rivalry. But love finally triumphs when Annie proves that, yes, you can get a man with a gun! In a Blu-ray debut from Warner Archive ... Barbara Stanwyck 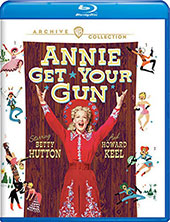 and Walter Huston are at their fierce finest in "The Furies" (1950), a crackling western melodrama by master Hollywood craftsman Anthony Mann. In 1870s New Mexico Territory, megalomaniacal widowed ranch owner T. C. Jeffords (Huston, in his final role) butts heads with his firebrand of a daughter, Vance (Stanwyck), over her dowry, choice of husband, and, finally, ownership of the land itself. Sophisticated in its view of frontier settlement and ablaze with searing domestic drama, The Furies is an often-overlooked treasure of American filmmaking, boasting Oscarânominated cinematography and vivid supporting turns from Judith Anderson, Wendell Corey, and Gilbert Roland. In a Blu-ray debut, with high-definition digital restoration, with uncompressed monaural soundtrack, from The Criterion Collection ... 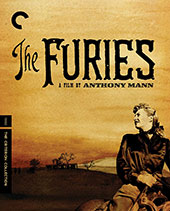 In his breakthrough second feature, "Memories of Murder" (2003 -- South Korea), Bong Joon Ho explodes the conventions of the policier with thrillingly subversive, genre-defying results. Based on the true story of a string of serial killings that rocked a rural community in the 1980s, "Memories of Murder" stars New Korean Cinema icon Song Kang Ho as the local officer who reluctantly joins forces with a seasoned Seoul detective (Kim Sang Kyung) to investigate the crimes -- leading each man on a wrenching, yearslong odyssey of failure and frustration that will drive him to the existential edge. Combining a gripping procedural with a vivid social portrait of the everyday absurdity of life under military rule, Bong fashions a haunting journey into ever-deepening darkness that begins as a black-comic satire and ends as a soul-shattering encounter with the 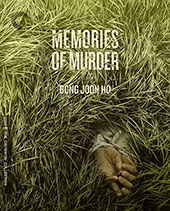 Part psychological horror, part realist drama, "Test Pattern" (2020), the debut feature from Shatara Michelle Ford, is set against the backdrop of national discussions around inequitable health care and policing, the #metoo movement, and race in America. The film follows an interracial couple whose relationship is put to the test after a Black woman is sexually assaulted and her white boyfriend drives her from hospital to hospital in search of a rape kit. Their story reveals the systemic injustices and social conditioning women face when navigating sex and consent within the American patriarchy. Stars Brittany S. Hall, Will Brill, Gail Bean and Drew Fuller. On DVD, Blu-ray, from Kino Lorber ... 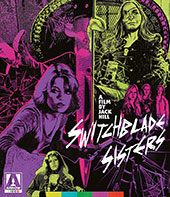 From Jack Hill, legendary director of "Spider Baby," "Coffy," "Foxy Brown," and "The Swinging Cheerleaders" comes another iconic cult classic, "Switchblade Sisters" (1975). Lace (Robbie Lee), the leader of inner city girl gang The Dagger Debs, meets her match when new girl Maggie (Joanne Nail) moves into the neighborhood. Mistrust and conflict turn to friendship as the girls end up in Juvenile Detention together at the mercy of abusive guards. Meanwhile, The Dagger Debs' male counterparts, The Silver Daggers, have to contend with the arrival of a new gang, led by the villainous Crabs (Chase Newhart). But when the girls get back on the streets, a planned retaliation strike in tandem with The Silver Daggers backfires and puts Lace in hospital. Maggie assumes control, teaming up with Muff (Marlene Clark) and her gang of African-American militants from across town to declare all out war. But there's a traitor in their midst. Filled with sharp, clever dialogue and tongue in cheek humor, this Shakespeare-influenced girl gang/women in prison/action movie medley is a stone cold grindhouse classic. On Blu-ray from Arrow Video/MVD Entertainment ... "The Mortuary Collection" (2021), starring Clancy Brown, Caitlin Custer, Christine Kilmer and Jacob Elordi, is set in the phantasmagorical town of Raven's End, where nothing is as it seems. A misguided young girl takes refuge in a decrepit old mortuary. There she meets Montgomery Dark, an eccentric undertaker with more than a few skeletons in his closet. Montgomery chronicles the strange history of the town through a series of twisted tales, each more terrifying than the last, but the young girl's world is unhinged when she discovers that the final story ... is her own. On DVD, Blu-ray, from RLJE Film.

"Waterboys" (2016 -- Netherlands), starring Leopold Witte, Tim Linde and Helen Belbin, is a humorous and moving story of the evolving relationship between crime novelist 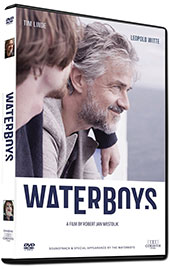 Victor (Witte) and his cello-playing son Zack (Linde). When Zack is dumped by his girlfriend and Victor is dumped by Zack's mother on the same day, the two men grieve and briefly console one another before heading off on a trip to Scotland where Victor hopes to promote his latest book and spend some bonding time with Zack. Victor's selfish tendencies nearly alienate the fragile relationship he shares with his son, and the trip becomes increasingly turbulent as the reasons for the pairs domestic troubles come to light. From Corinth Films ... Since 2008, albinos in Tanzania have become human targets. Witch doctors offer huge sums of cash for their body parts to be used in magic potions. From 2008 to 2010, more than 200 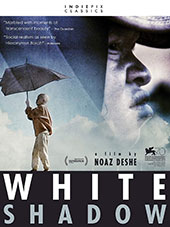 witch-doctor inspired murders occurred. As a local saying goes: Albinos do not die, they just disappear. "White Shadow" (2013 -- Tanzania), starring Hamisi Bazili, James Gayo and Glory Mbayuwayu, is the story of Alias, an albino boy on the run. After his father's murder, his mother sends him to the city. His uncle Kosmos, a truck driver, takes care of him. Alias learns fast in the city, selling sunglasses, DVDs and cellphones, it will not take long before the boy experiences at first hand the difficulties of life, and of being different. A multi-award winner, the film has garnered incredible critical acclaim. From Indiepix Classic.