FROM THE BIG SCREEN:
"Vanguard" (2020 -- China) Martial arts legend Jackie Chan leaps into action as Tang, CEO of the covert security company Vanguard in this action-thriller reuniting him with director Stanley Tong ("Rumble in the Bronx"). After wealthy businessman rats out his corrupt partner in an arms deal gone fatally wrong, he and his family become targets of the worldâs deadliest mercenary organization - and the fighting power of Tangâs team is their only hope to survive. Set in locations across the globe â including London, Zambia, India, an Arabian desert, 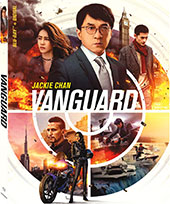 With a stunning mix of the surreal and the naturalistic, Djibril Diop MambÃ©ty paints a fractured portrait of the disenchantment of postindependence Senegal in the early 1970s in"Touki bouki" (1973 -- Senegal). In this picaresque fantasy-drama, the disaffected young lovers Anta and Mory, fed up with Dakar, long to escape to the glamour and comforts they imagine France has to offer, but their plan is confounded by obstacles both practical and mystical. Alternately manic and meditative, "Touki Bouki" has an avant-garde sensibility characterized by vivid imagery, bleak humor, unconventional editing, and jagged soundscapes, and it demonstrates 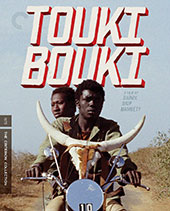 MambÃ©tyâs commitment to telling African stories in new ways. Formats: DVD, Blu-ray, with 2K digital transfer, restored by the Cineteca di Bologna/LâImmagine Ritrovata laboratory in association with The Film Foundationâs World Cinema Project and the family of director Djibril Diop MambÃ©ty, with uncompressed monaural soundtrack on the Blu-ray. From The Criterion Collection.

In "American Skin" (2021), starring Omari Hardwick, Theo Rossi and Beau Knapp, a Marine veteran working as a school janitor tries to mend his relationship with his son after a divorce. When his son is killed by a police officer found innocent without standing trial, he takes matters into his own hands. From Lionsgate ... Spanish horror legend Paul Naschy wrote, directed and stars in "Panic Beats" (1982 -- Spain), a dark and macabre tale of lust, betrayal, and ghostly vengeance. Naschy plays a descendent of the Alaric de Marnac character first seen in his 1973 film "Horror Rises from the Tomb." Desperate to salvage his crumbling financial empire, Paul Marnac (Naschy) decides to kill his heiress wife, GeneviÃ¨ve (Julia Saly). He enlists the help of a sexy and ambitious younger woman, Julie (former Miss Spain, Frances Ondiviela). Unfortunately, one murder is not enough to satisfy Julieâs blood lust, and greed. As the corpses pile up, she heads for a confrontation with an ancient and unstoppable evil. 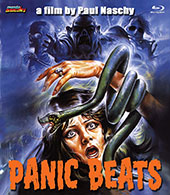 Also stars Julia Saly, Lola Gaos, Silvia Miro and Frances Ondiviela. Remastered for the first time in HD, this fully restored Blu-ray is the complete uncut version of the film and contains all the notorious gore and violence. Brand new 4k transfer from a film negative. On Blu-ray from Mondo Macabro ... Struggling to make ends meet, rideshare driver Ethan (Thomas Nicholas) learns his sister Mia is deep in debt to a sleazy drug dealer in "Adverse" (2021). When Mia goes missing, Ethan discovers that crime boss Kaden (Mickey Rourke) is behind the act, and to get close to him Ethan takes a job as Kadenâs driver. One by one Ethan hunts down members of Kadenâs crew to wreak bloody vengeance as he prepares to confront Kaden himself. Co-stars Lou Diamond Phillips, Sean Astin, Penelope Ann Miller. From Lionsgate ... 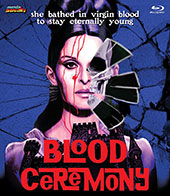 In "Blood Ceremony" (1973 -- Spain), starring Lucia BosÃ¨, Espartaco Santoni, Ewa Aulin and Ana Farra, in 19th century Europe, the people are in the grip of ancient superstitions and the fear of vampires runs riot through the land. Strange rituals are enacted to seek out the resting places of the undead and macabre trials are held over disinterred corpses. The Countess barely notices what is going on. She is more concerned that her beauty is fading and that her husband seems only interested in his birds of prey and observing the behavior of the superstitious locals. Her faithful companion tells the Countess that there are ways to reignite her husbandâs passion â and also ways to preserve her looks. She reminds the Countess of her ancestor, the notorious Erzebeth BÃ¡thory, who bathed in the blood of virgins to maintain her youth. The Countess is unsure, but then one day the blood of a servant girl drips onto her hand and she is convinced that her skin has become whiter as a result. Soon she is searching for more blood and to her surprise, her husband becomes the one to provide it for her. New 4k transfer from the original negative. Fully uncut International version and alternate Spanish version. On Blu-ray from Mondo Macabro ... "IP Man: Kung Fu Master" (2020 -- China), starring Yu-Hang To, Michael Wong and Wanliruo Xin, the latest outing in the Ip Man franchise, travels back in time to Ipâs early days before the Communist Revolution in 1949. Taking on the role of Ip for the third time, Dennis To portrays the legendary martial artist in his early years as a police captain who is framed for the murder of a ruthless, yet honorable mobster. Driven to quit the force, Ip soon has to contend with the vengeful daughter of the mob boss and the arrival of the Japanese army in Guangzhou. On DVD, Blu-ray, from Magnolia Home Entertainment ... 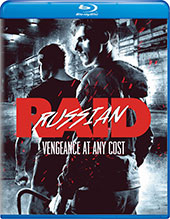 In "Russian Raid (aka Russkiy Reyd)" (2020 -- Russia), long after the murder of his father -- a secret agent killed in a missile factory raid -- former special forces operative Nikita (played by renowned stuntman Ivan Kotik) returns to Russia as a mercenary. He leads an elite team on a top-dollar heist targeting the same facility, but no one else knows his true objective is revenge in this MMA thriller. On DVD, Blu-ray, from Well Go USA ... In "Rent-A-Pal" (2020), set in 1990, a lonely bachelor named David (Brian Landis Folkins) searches for an escape from the day-to-day drudgery of caring for his aging mother. While seeking a partner through a video dating service, he discovers a strange VHS tape called Rent-A-Pal. Hosted by the charming and charismatic Andy (Wil Wheaton), the tape offers him much-needed company, compassion, and friendship. But, Andy's friendship comes at a cost, and David desperately struggles to afford the price of admission. Co-stars Kathleen Brady. On DVD, Blu-ray, from IFC Midnight/Scream Factory ... 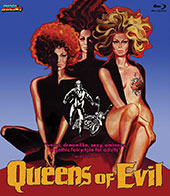 In the dark, gothic fairy tale for adults"Queens of Evil" (1970 -- Italy), Ray Lovelock plays David, a lone hippie motorcyclist, cruising the highways, in search of a better world. One night on a lonely mountain road he stops to help out the owner of a Rolls Royce with a flat tire. The middle-aged driver of the car gives David a lecture about responsibility and, unknown to David, punctures the front tire of his motorbike before driving off. Furious, David gives chase. There is an accident and the car crashes, killing the driver. Fearing trouble from the police, David heads off down a side road into a dark forest and spends the night in a deserted barn. He is awakened the next morning by three beautiful young women who live in a luxurious villa nearby. These three women appear to be toying with David, playing an elaborate and sinister game, involving perplexing rituals and night-time vigils. The climax of their game takes place at a party in a nearby castle where David appears to be the guest of honor ... but for what purpose? Co-stars Haydee Politoff, Silvia Monti, Evelyn Stewart. New 4k transfer from a film negative. On Blu-ray from Mondo Macabro.

"Blood Brothers: Civil War" (2021), staring Shane Patrick Kearns, Christian Coulson, Diane Guerrero, Jacqueline Bisset and Gordon Clapp, tells the story of two brothers, John (Kearns) and Peter (Coulson), whose relationship strains when one of them receives news of a strange inheritance. Deepening the divide between the two, they both grow attracted to a mysterious young woman named Lucia (Guerrero) who arrives on their island. Based on Guy de Maupassantâs 19th-century seaside novel âPierre et Jean,â which is widely credited for changing the course of narrative fiction through its complex and intense psychological characterizations of a family brought to the breaking point by startling revelations. From Indican Pictures ... In "Mafia Inc." (2019 -- Canada), starring Sergio Castellitto, Marc-AndrÃ© Grondin and Gilbert Sicotte, it's 1994 and Frank Paterno, a Montreal mafia boss, hopes to legitimize his 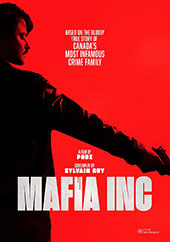 criminal operations by investing $180 million in an ambitious bridge project that would connect Sicily with southern Italy. First, however, he has to recover the necessary funds from his Greek creditor. Frank entrusts this mission to his protÃ©gÃ© Vincent, the son of tailor Henri Gamache), who has been dressing the Paternos for three generations. But after Vincent executes a ruthless plan to smuggle millions in drugs out of Venezuela, his reprehensible tactics ignite a war between the two families. Based on the non-fiction bestseller âMafia Inc: The Long, Bloody Reign of Canadaâs Sicilian Clanâ by AndrÃ© CÃ©dilot and AndrÃ© NoÃ«l. Formats: DVD, VOD, Digital. From Film Movement.

Animated almost entirely by director Kenji Iwaisawa, and featuring a lead performance by Japanese alt-rock legend Shintaro Sakamato, "On-Gaku: Our Sound" (2019 -- Japan) presents a highly original take on the beloved slacker comedy: a lo-fi buddy film with a blaring musical finale. When youâre a bored teenager looking for thrills, sometimes the only thing you can turn to is rock ânâ roll. Having no skill, money, or even a full set of drums, a feared trio of high school delinquents nevertheless decide they are destined for musical glory in a quest to impress their only friend, avoid a rival gang, and -- most importantly -- jam out. On Blu-ray/DVD Combo, from GKIDS/Shout! Factory.

"Crock of Gold" (2020) deep dives into the life of the tortured Irish vocalist, Shane MacGowan, best known as the lead singer and songwriter of the Pogues, who famously combined 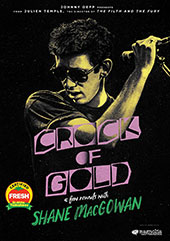 traditional Irish music with the visceral energy of punk rock. Featuring unseen archival footage from the band and MacGowanâs family, as well as animation from legendary illustrator Ralph Steadman, director Julien Templeâs ("The Filth and the Fury") rollicking love letter spotlights the iconic frontman up to his 60th birthday celebration, where singers, movie stars, and rock ânâ roll outlaws gather to celebrate the man and his legacy.From Magnolia Home Entertainment.