FROM THE BIG SCREEN:
"The War with Grandpa" Sixth-grader Peter (Oakes Fegley) is pretty much your average kid -- he likes gaming, hanging with his friends and his beloved pair of Air Jordans. But when his recently widowed grandfather Ed (Robert De Niro) moves in with Peterâs family, the boy is forced to give up his most prized possession of all, his bedroom. Unwilling to let such an injustice stand, Peter devises a series of increasingly elaborate pranks to drive out the interloper, but Grandpa Ed wonât go without a fight. 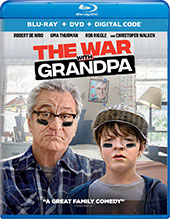 Soon, the friendly combatants are engaged in an all-out war with side-splitting consequences. The War with Grandpa

" (1940), which marked the third of Margaret Sullavan and James Stewart's four film appearances together. A 1936 play by Nikolaus Laszlo called "Perfumerie" was the basis for this timeless love story set in 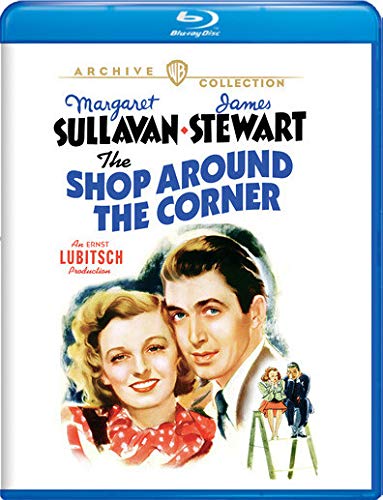 a Budapest shop. With a witty screenplay adaptation by Samson Raphaelson, Stewart and Sullavan play bickering gift-shop workers Alfred and Klara, unaware that they have fallen in love with each other as secret pen pals who only know their respective correspondents as "Dear Friend." The charm of the stars ably supported by a sterling supporting cast headed by Frank Morgan make this timeless classic one to enjoy over and over again. The story was later filmed as "In The Good Old Summertime" with Judy Garland and Van Johnson in 1949, and as "You've Got Mail" in 1998. It was also the basis of the 1963 Broadway musical favorite "She Loves Me." Ranked #28 on AFI's "100 Years... 100 Passions." Beautiful 1080p HD remaster from protection film elements made right from the original nitrate negative. In a Blu-ray debut from Warner Archive. 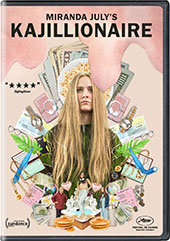 artists Theresa (Winger) and Robert (Jenkins) have spent 26 years training their only daughter, Old Dolio (Wood), to swindle, scam, and steal at every opportunity. During a desperate, hastily conceived heist, they charm a stranger (Rodriguez) into joining their next scam, only to have their entire world turned upside down. From Universal ... In "It Happened on 5th Avenue

" (1947), as he does every winter, hobo Aloysius T. McKeever (Victor Moore) moves into a mansion on New York City's 5th Avenue while its owners are away for the winter and invites all his hobo friends in from the cold. But this Christmas, Mary O'Connor (Ann Harding) comes home unexpectedly after a quarrel with her boyfriend to find her house occupied by jovial street dwellers. To make matters even worse, her father (Charles Ruggles) disguises himself as a hobo to get an invitation to stay in his own home -- and keeps his identity secret in this perennial Christmas favorite about rediscovering family and the joy of being together. Don DeFore and Gale Storm co-star as the young love interests in this first release from Allied Artists Productions. New 2020 1080p HD remaster from 4K scan of best surviving nitrate elements. From Warner Archive ... 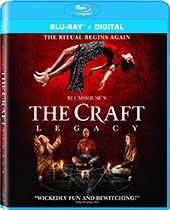 " (2020), starring Cailee Spaeny, Gideon Adlon, Lovie Simone, Zoey Luna, Nicholas Galitzine, Michelle Monaghan and David Duchovny, is a continuation of the cult hit "The Craft" (1996), in which an eclectic foursome of aspiring teenage witches get more than they bargained for as they lean into their newfound powers. On DVD, Blu-ray, from Sony ... In "Shortcut

" (2020), starring Jack Kane, Zander Emlano and Zak Sutcliffe, a group of five teenagers is trapped inside their school bus after the invasion on the road of a mysterious creature. It is night. They are alone in the middle of a desert road. Time runs out and every passing minute decreases their survival chances against the constant threats of that unknown entity. On DVD, Blu-ray, from Gravitas Ventures ... In "Jiu Jitsu

" (2020), starring Nicolas Cage, Alain Moussi, Frank Grillo, Rick Yune, Marie Avgeropoulos, Juju Chan and Tony Jaa. every six years, an ancient order of expert Jiu Jitsu fighters faces a vicious race of alien invaders in a battle for Earth. For thousands of years, the fighters that protect Earth have won ... until now. When celebrated war hero Jake Barnes (Moussi) is defeated by Brax, the indomitable leader of the invaders, the future of humanity hangs in the balance. Injured and suffering from amnesia, Jake is rescued by Wylie (Cage), Keung and his team of fellow Jiu Jitsu fighters. They must help Jake to regain his strength in order to band together and defeat Brax in an epic battle that will once again determine the fate of mankind. From Paramount.