"Joker" is arguably one of the best films of last year -- or any year -- a film that so polarized critics and audiences that one either hated it or loved it -- there was nothing in-between. Director Todd Phillips stepped away from his at-times obscene male-buddy "Hangover" comedies for this heady study of a modern man with psychological problems turned into a monster by an uncaring society's meanness, hatred, jealousies and anger. Never mind that it's a comic book villain back story turned into the flesh: it stands alone as a gut wrenching study of a world gone mad. Arthur Fleck, amazingly portrayed by Joaquin Phoenix (who won this year's Golden Globe for best actor), is of a man struggling to find his way in Gotham's fractured society. A clown-for-hire by day, he aspires to be a stand-up comic at nightâ¦but finds the joke always seems to be on him. Caught in a cyclical existence between apathy and cruelty, Arthur makes one bad decision that brings about a chain reaction of escalating events. Joker

Also due this week: "The Lighthouse

," a desultory tale of two lighthouse keepers (Willem Dafoe and Robert Pattinson) on a remote and mysterious New England island in the 1890s. As an approaching storm threatens to sweep them from the rock and strange apparitions emerge from the fog, each man begins to suspect that the other has become dangerously unmoored. Co-stars Valeriia Karaman. From Lionsgate.

From Robert Siodmak, the legendary director of "Phantom Lady," "The Spiral Staircase," "The Killers," and "The Crimson Pirate," comes the romantic action-adventure "Cobra Woman

" (1944), starring Maria Montez, Jon Hall, Sabu, Lon Chaney Jr., Mary Nash Lois Collier. After Ramu (Hall) discovers that his fiancÃ©e Tollea (Montez) has been kidnapped by a lost tribe and taken to a Pacific isle, he and his friend Kado (Sabu) set out across the seas to find her. They soon discover that the island paradise is ruled by Tollea's evil twin Naja, the Cobra Woman, who commands all strangers to be killed on arrival. Not only does Naja have designs on her new prisoner Ramu, but she also desires to eliminate any competition from her benevolent sister. On Blu-ray from Kino Lorber Studio Classics ... 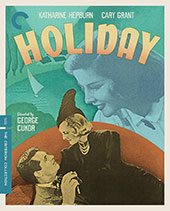 Two years before stars Katharine Hepburn and Cary Grant and director George Cukor would collaborate on "The Philadelphia Story," they brought their timeless talents to the delectable slice of 1930s romantic-comedy perfection, "Holiday

" (1938), the second film adaptation of a hit 1928 play by Philip Barry. Grant is at his charismatic best as the acrobatically inclined free spirit who, following a whirlwind engagement, literally tumbles into the lives of his fiancÃ©eâs aristocratic family â setting up a clash of values with her staid father while firing the rebellious imagination of her brash, black-sheep sister (Hepburn). With a sparkling surface and an undercurrent of melancholy, Holiday is an enchanting ode to nonconformists and pie-in-the-sky dreamers everywhere, as well as a thoughtful reflection on what it truly means to live well. On DVD, Blu-ray Disc with new 4K digital restoration, with uncompressed monaural soundtrack on the Blu-ray. From The Criterion Collection ... From Ernest B. Schoedsack and Merian C. Cooper, the legendary team behind "King Kong," "The Most Dangerous Game" and "Mighty Joe Young," comes this early Technicolor science-fiction classic "Dr. Cyclops

" (1940), about a brilliant but deranged physicist who learns how to shrink his enemies to one-fifth their normal size. Four explorers are summoned to the remote jungle laboratory of the legendary scientist Dr. Thorkel (Albert Dekker). When they arrive, they discover that his brilliant mind has been warped by radiation and decide to return him to civilization for help. But the half-blind, half-mad Dr. Cyclops will have none of that and uses his experimental body-shrinking device to stop them. Now, harmless items and small creatures suddenly become giant-sized instruments of death. The impressive use of landmark special effects, which garnered an Oscar nomination (Best Effects, Special Effects), helped make this sci-fi yarn one of the most imaginative and memorable horror-fantasy films of all time. New 4K master. Co-stars Thomas Coley, Janice Logan, Charles Halton, Paul Fix, Victor Killan. On Blu-ray from Kino Lorber Studio Classics.

" (2019), starring Ed Ackerman, David Foy Miles Dougal, Jess Allen and Silvia Moore, private investigator Abel Walker, along with his cameraman, Jim, are on the hunt for a missing woman. As they unravel the mystery of her disappearance, they become caught in a sick and violent game that will end in murder. From High Octane Pictures ... In "The Mercenary

" (2019), starring Dominiquie Vandenberg, Louis Mandylor and Carmen Argenziano, Maxx (Vandenberg) is a legionnaire turned mercenary. When a mission in South America goes wrong, Maxx is left for dead, but is nursed back to health and reborn with a new outlook on life. He tries to live tranquilly within the confines of his new beliefs surrounded by his new friends at a church. But his peaceful days are short-lived when mercenaries he used to work with cross his path again and he is forced to revisit and face his own demons. From Uncorkâd Entertainment ... In "The Shed

" (2019), starring Jay Jay Warren, Cody Kostro, Sofia Happonen, Frank Whaley, Siobhan Fallon Hoga and Timothy Bottoms, Stan and his best friend Dommer have put up with bullies their entire lives. All of that changes when Stan discovers he has a murderous vampire living in his shed. Seeing the bloodshed and destruction the monster is capable of, Stan knows he has to find a way to destroy it. But Dommer has a much more sinister plan in mind. On DVD, Blu-ray, from RLJE Films ... 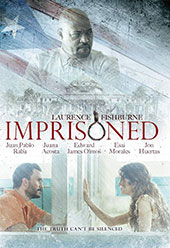 " (2019), starring Juan Pablo Raba), Juana Acosta, Laurence Fishburne, Edward James Olmos and John Heard, Dylan Burke attempts to move on from his former life as a criminal with his true love, Maria. He soon realizes that his past will continue to haunt him, when he learns the new local prison warden, Daniel Calvin, has not forgiven him for an old crime. Calvin does everything in his power to make sure that Burke pays for his past mistakes, even going as far as to frame him for a murder he didn't commit, landing him back in jail. When the prison erupts into a riot, Burke and Calvin are each forced to make a choice between righteousness and revenge. On DVD, Blu-ray, from Cinema Libre Studio ... In "Countdown

" (2019), starring Elizabeth Lail, Jordan Calloway, Talitha Bateman, Tichina Arnold, P.J. Byrne and Peter Facinelli, a young nurse downloads an app that claims to predict exactly when a person is going to die. With only three days left to live and death closing in, she must find a way to save her life before time runs out. On DVD, Blu-ray/DVD Combo, from Universal ... In "Girl on the Third Floor

" (2019), starring Phil "C.M. Punk" Brooks, Trieste Kelly Dunn, Sarah Brooks, Elissa Dowling and Travis Delgado, bursting pipes, rotting walls, and unidentifiable slime were not what Don Koch (WWE legend Brooks) expected when he convinced his wife, Liz (Dunn), that he could rehab their new Victorian home himself. In over his head, under duress, and tempted by his old weaknesses, Don soon discovers that the house has its own dark, sordid history and won't be so easy to renovate after all. On DVD, Blu-ray from Dark Sky Films.

" (2018 -- Brazil), starring Daniel de Oliveira, Fabiula Nascimento, Bianca Comparato and Marco Ricca, StÃªnio (Oliveira) works the graveyard shift in the morgue of a vast, violent city. Each night he prepares the lifeless corpses for examination, but he's never alone. For StÃªnio can talk to the deadâ¦and they talk back. But when the whispers of the dead reveal secrets of his own life, StÃªnio unleashes a curse that brings forth unimaginable danger and darkness. From RLJE Films.

"Big Little Lies: The Complete Second Season" (2019) is a two-disc set with all seven episodes. Meryl Streep joins the all-star cast in Season Two, along with Reese Witherspoon, Nicole Kidman, Shailene Woodley, Laura Dern and Zoe Kravitz. In Season Two, on the surface, everything seems the same in the seaside town of Monterey, CA: mothers continue to dote, husbands support, children are adorable, houses are beautiful. But the night of the school fundraiser changed all that, leaving the community reeling as the "Monterey Five" bond together to pick up the pieces of their shattered lives. Meanwhile, Perry's grieving mother Mary Louise Wright (Streep) comes to town in search of answers after son's death.On DVD, Blu-ray, from Warner ... "The Cry" (2018) is a two-disc set with four episodes. British psychological thriller and Sundance Now Original Series chronicles the collapse of a marriage in the aftermath of a tragedy and explore the myths and truths of motherhood. The abduction of a baby from a small coastal town in Australia is the catalyst for a journey into the disintegrating psychology of a young woman as she and her husband deal with an unthinkable tragedy, under both the white light of public scrutiny and in their private lives. From Acorn Media.