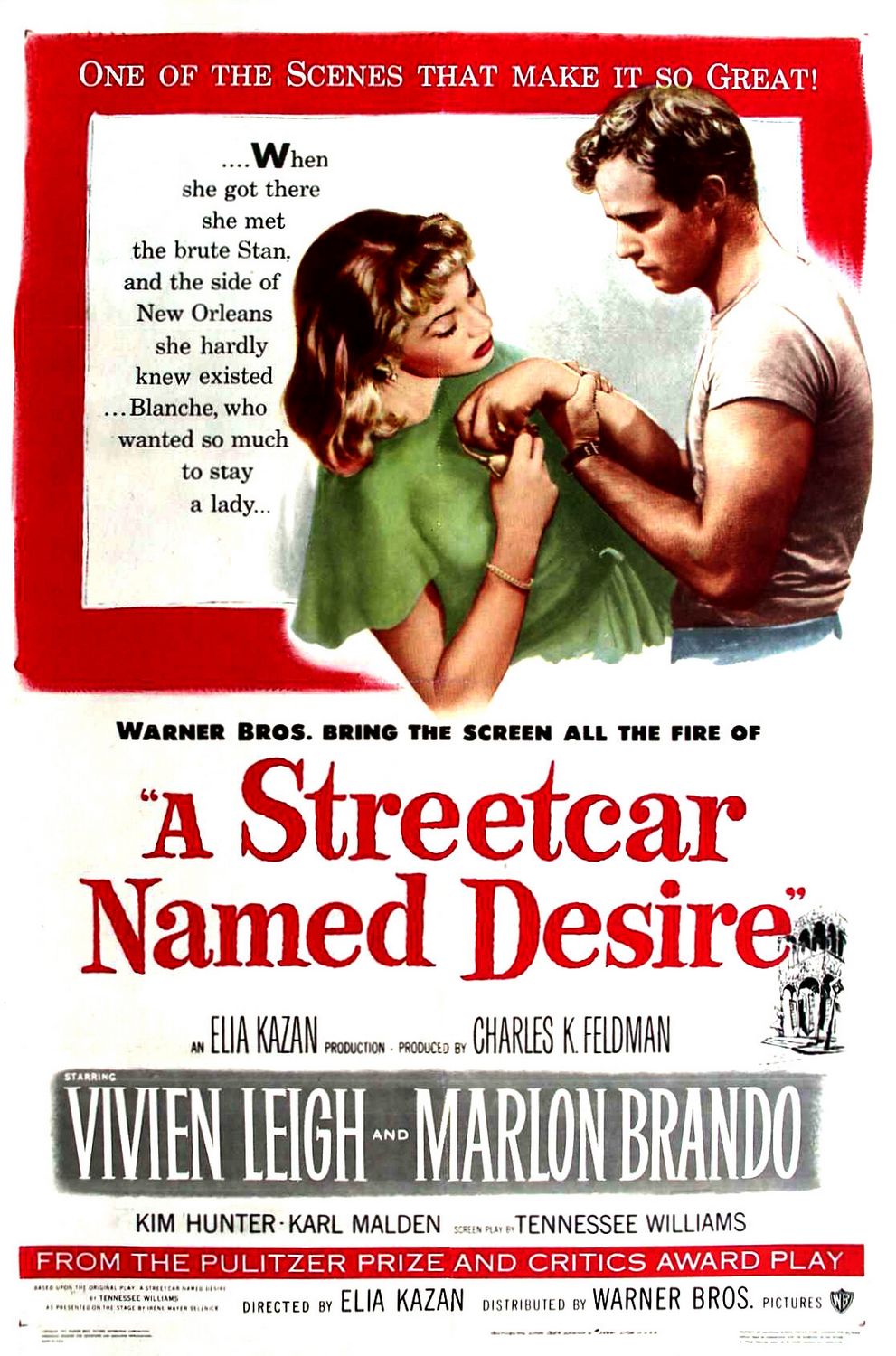 Highly acclaimed drama with top notch performances. Blanche DuBois (Vivien Leigh) is the sister of Stanley Kowalski's (Marlon Brando) wife Stella Kowalski (Kim Hunter). Starts of slow but begins to be engaging after 30min. or so when the characters show their real colors. The pace was somewhat sluggish though the soundtrack wonderful and recognized by the Academy awards. Settings were well picked and support were believable. Screenplay was descent though the characters not that likable. Kim Hunter seems to be the oddball becasue of the tremendous efforts from Marlon Brando and Vivien Leigh. On the positives, Brando was astoundingly convincing while Leigh authentic as crazy alcoholic who lies. A Streetcar Named Desire maybe highly praised, for this critic it was an average drama on fantasizing, loyalty and temper.