Daniel Corleone's Movie Review of Singin' in the Rain 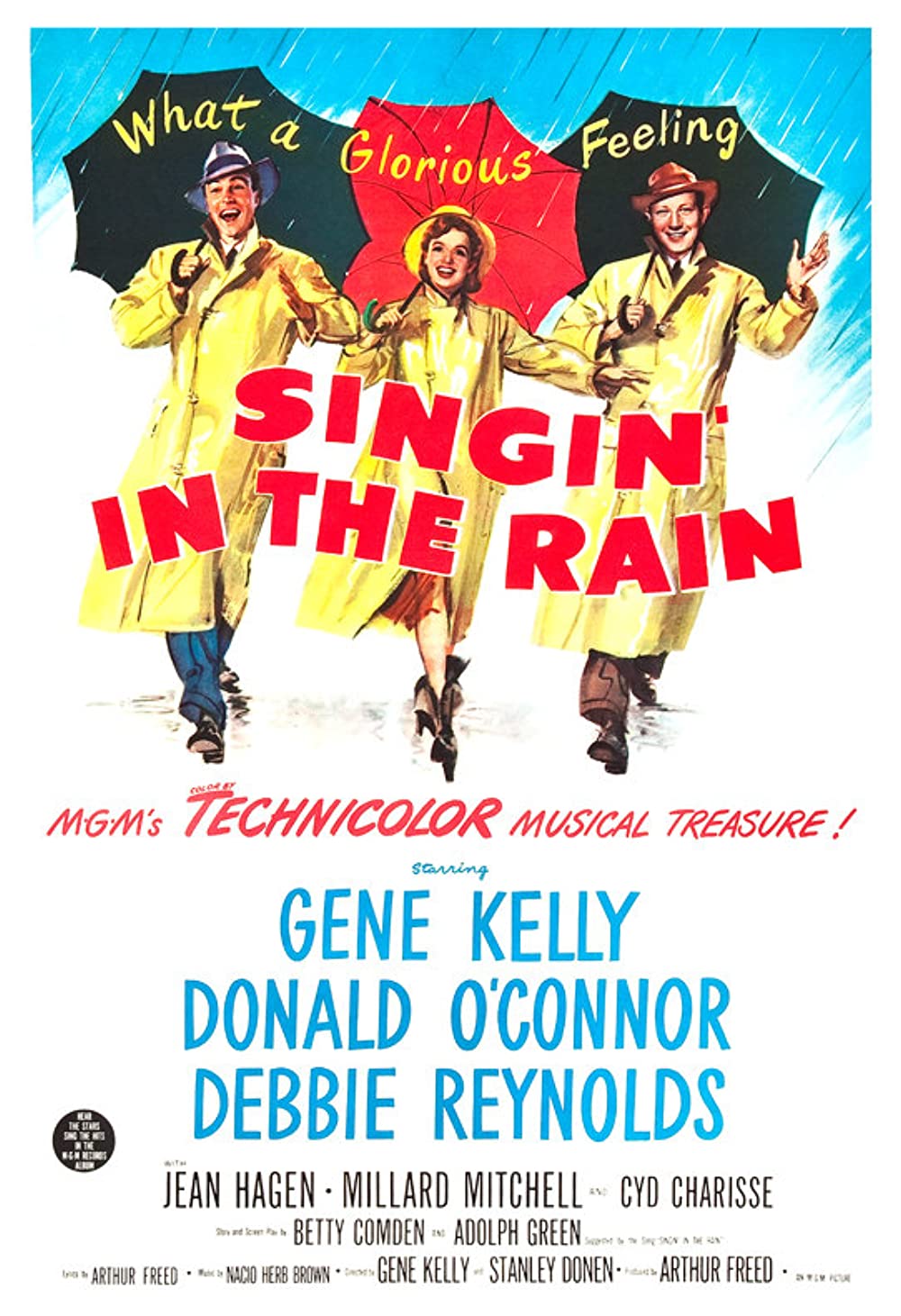 Singin' in the Rain

Again, admittedly this critic is not a huge fan of musicals. Nevertheless, viewing this again as an adult, it was surprisingly entertaining and funny in all aspects. Don Lockwood (Gene Kelly) is a popular actor who tolerates the boastful antics of dim witted Lina Lamont (Jean Hagen). He accidentally meets a talented Kathy Selden (Debbie Reynolds). He developed his talents as a child with Cosmo Brown (Donald O'Connor). The characters are one of its highlights aside from the compelling story on the transition of silent films to "talkies," presented better than The Artist. You have an egoistic star in Lamont, similar to Sunset Boulevard. One of the best supporting cast in Donald O'Connor, with the make em laugh sequence just spectacular. Choreography, costumes, sets and screenplay just seamless. Songs were endearing and monumental while the humor never dated with lines "I don't - - Hey Joe, get me a tarantula." " I'd like to break every bone in your body." and "What do they think I am? Dumb or something? Why, I make more money than - than - than Calvin Coolidge! Put together!" A Clockwork Orange, Wall-E, and numerous format have owed some scenes due to this film's legacy and impact. Singin' in the Rain is about love, friendship, ego's, Hollywood and change.