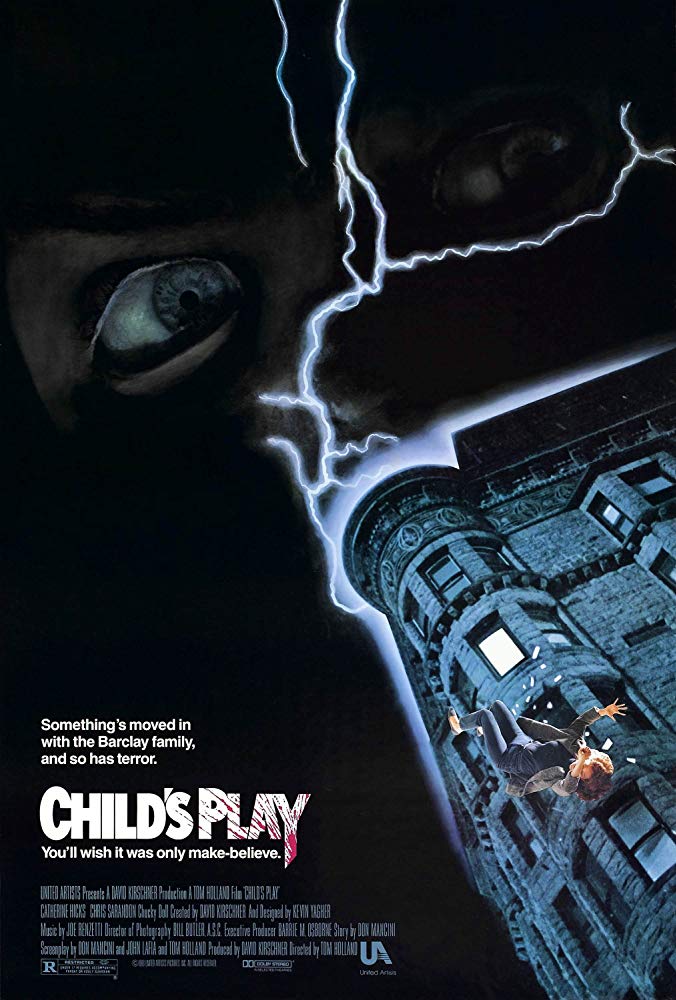 When I was younger, I never thought dolls were creepyâ¦ until I saw this movie. The first time I saw this was when I was about six or seven years old. I was scared out of my wits but I couldnât help but keep watching. More than ten years later, this is still one of my favourite movies because this is the film that made me fall in love with motion pictures. This picture was released more than twenty years ago but the jolts are still there. Three best scenes include: Chuckyâs first kill, when the mother finds out that Chucky is alive, and the final showdown. Catherine Hicks, Alex Vincent, and Chris Sarandon all played plucky characters so itâs not hard to root for them. Hicks is especially good in this film because she gave various expressions that are perfect for certain scenes. Iâm surprised she settled down with â7th Heavenâ for more than ten years and didnât focus on her film career. I think she wouldâve flourished if she branched out. The movie is fast-paced; an hour into it, weâre already in the final confrontation, leaving twenty minutes of first-rate suspense. When the last frame arrives, the audience will get this feeling that the nightmare is just beginning. This movie definitely deserved sequels, but none of them could match the intensity of the original.