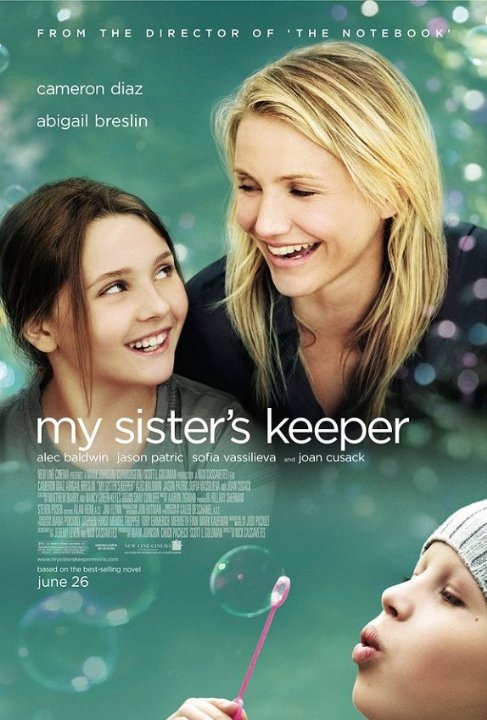 Completely different to the book - which I actually really liked. The film tries too hard to make you cry, with long scenes of the family laughing together, accompanied by heart-breaking music. At times it tried to stick to the book without giving thought to the things it was missing out. For example, the brother barely has a role in the film, yet Anna says at the end that he 'finally gets his life back together' when we haven't really seen it falling apart. Also, she 'finally' finds out what condition the lawyer has, when he's only given one or two explanations. (In the book he gives quite a few). If you're prepared to ignore all its failings and just want a good old cry then you may like this film. And an added bonus is Cameron Diaz who gives a really great performance.