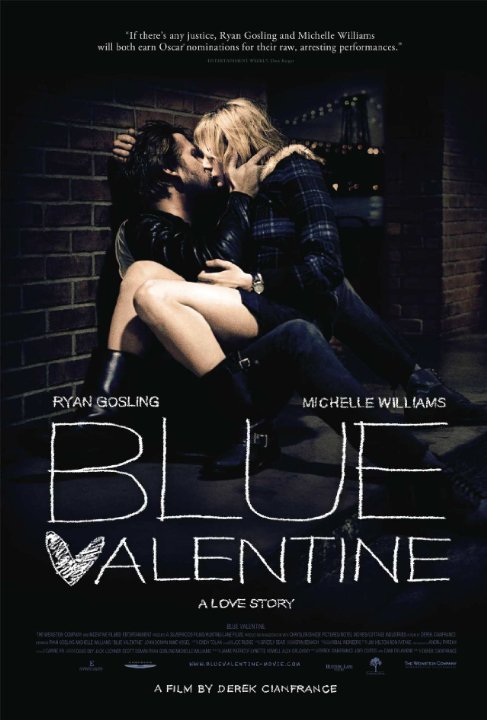 This is an incredible thought-provoking film about the highs and lows of love. The performances are real and among the best of the year. The score by Grizzly Bear deserves special mention for the way it subtly adds to some of the more powerful scenes of the film. This is a film with great emotional power. During the more light scenes that show the beginnings of young love, the feeling is nostalgic and magical. When the film shows the fights and heartbreak love often brings, it feels like you are being punched in the gut. A shattering film experience.