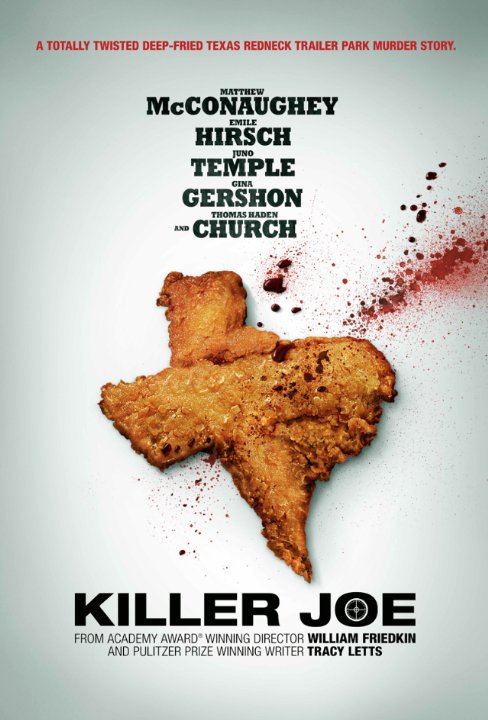 I was starting to rethink my disdain of Matthew McConaughey after watching Mud. Then I had to ruin my newly heightened opinion of the actor by watching Killer Joe. Killer Joe is the title character of a hit man. The movie also is about a drug dealer and lots of hate. This movie especially hated the idea of a decent ending. I spent two hours in agony, wishing the movie would end so the characters could end their suffering raunch and disgust of their lives. Just when Killer Joe finally has epiphany that the world is bigger than himself and it is possible for character growth, the movie ends. The viewer is not privy to that side of Joe. Maybe that is where the comedy comes into the film, leaving the viewer to want more of a film they couldn't stomach.