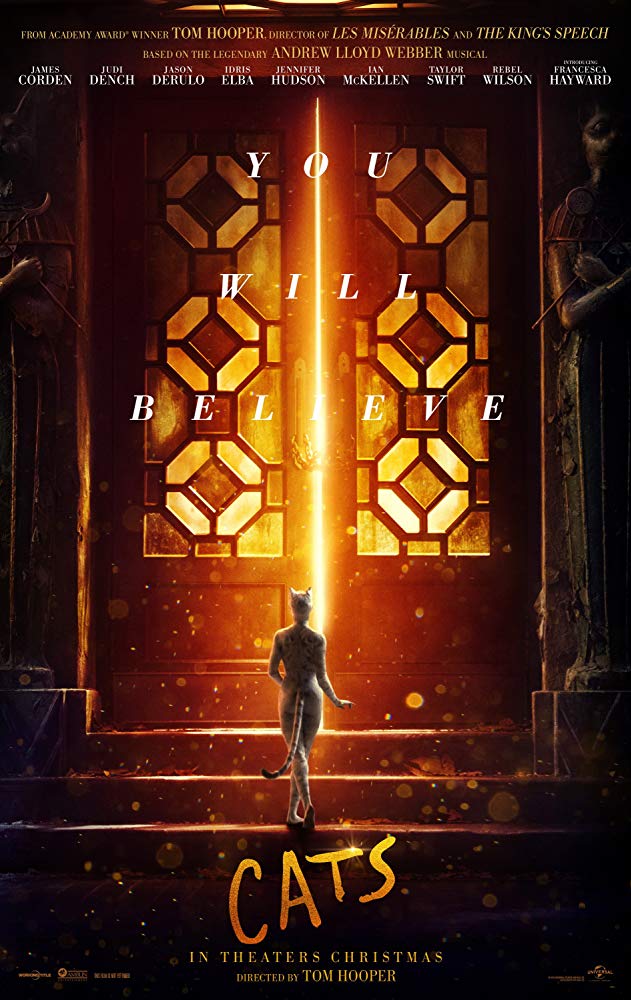 It is not as bad as everyone inclined to believe. There are some sequences worth appreciating. The over-all flaw of the film boils down with majority of the technicalities. Both cinematography and production design were, for the most parts, ineffective. Shot composition barely achieved proportion, balance and necessary emphasis. Framing and shot angles were disorienting and failed to convey visual messages. I wish there could have been more close-up and extreme close-up shots (something that we can expect from director Tom Hooper), instead of these often cutaways to extremely wide shots which is basically low-angle wide shots from a human perspective. This resulted to the backdrops drowning the yet needed emotions to be captured. The audience were constantly reminded that these are cats, and not characters we can relate to.

"Cats" is a piece that relies heavily on brilliant and smart ways to suspend disbelief. And the director's choice of which angle to use, or type of framing to exploit, failed to deliver that much needed suspension of disbelief. That even the choreography and performances turned out to be underwhelming because of lame direction. I love Hooper's films prior to this, and it's hard to think that he failed on this one.