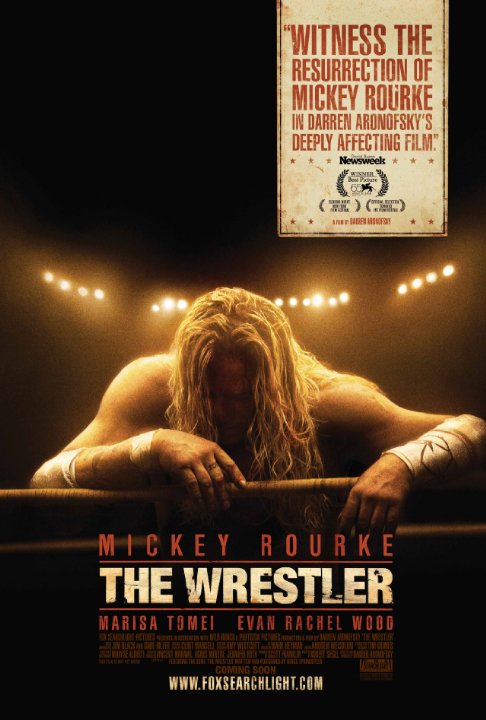 The dramatic masterpiece The Wrestler has been called Mickey Rourke's comeback role. I say he just wasn't offered a role like this earlier. I mean this guy can act! He's raw, real, and charasmatic and The Wrestler is an awesome journey.

When wrestling superstar Randy "The Ram's" life starts it's decent 20 years after his prime, everything seems to crumble. He has a choice, he can either roll over and die, start a new humble journey, or just accept things the way they are and go out with a bang. Everything seems to be against him. His body is breaking down, he's broke, his daughter hates him, and his only friend outside of the ring is an aging, yet still hot, stripper named Cassidy, played by Marisa Tomei.

As Randy's journey unfolds you really get to know what it's like to be him. So much so that you might even see yourself in him. I mean we all make mistakes in life and at some point are going to have to face them.

I love that Director and Producer Darren Aronofsky kept this movie so natural and realistic. No fluffy, unbelievable parts! Just awesome storytelling.

I recommend this movie to everyone over eighteen because of the nudity, but, I think the over thirty crowd will get more out of this perfectly heart-ripping drama.