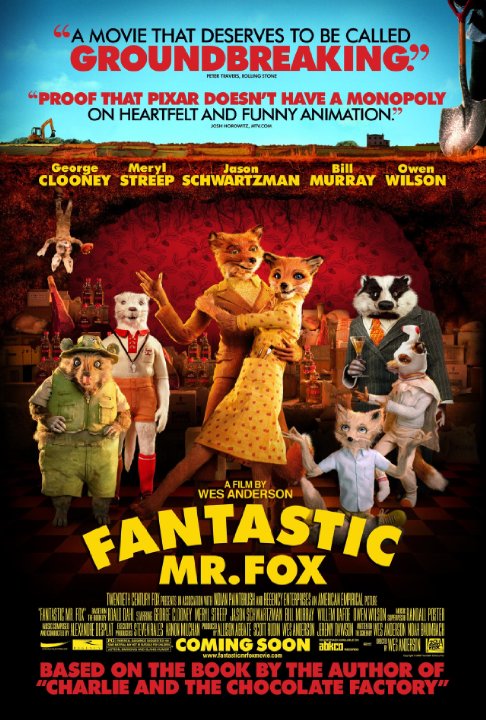 I was interested in this movie for looking a lot like Coraline in development structure, that and it had a pretty high up cast of voice actors consisting of George Clooney, Meryl Streep, Bill Murray, and Michael Gambon. The main character Mr. Fox is out with his wife Felicity raiding a chicken farm like foxes usually do. But when Mr. Fox learns Felicity is pregnant with his son Ash, he agrees to find a safer job and take up a simpler life. Of course, living such a simple life is too much to ask for from a fox like Mr. Fox, so when he moves his family to a tree located near three famous farms run by Walter Boggis, Natahn Bunce, and Franklin Bean, he stages a heist to steal some of the products from the three farms. And if you couldn't tell where else this was going, it would soon result in the three farmers working together to try and put this fox down. The story is simple, but really entertaining, the characters make the story fun to follow, the animation is extremely eye appealing, and the voice acting from such well known actors makes it all the more enjoyable. As far as animated films go, I'd say this is up there with Up as one of the best this year. Definitely recommended since this is certainly another animated film that appeals to any age demographic you can name.