The Movie Man's Movie Review of Blades of Glory 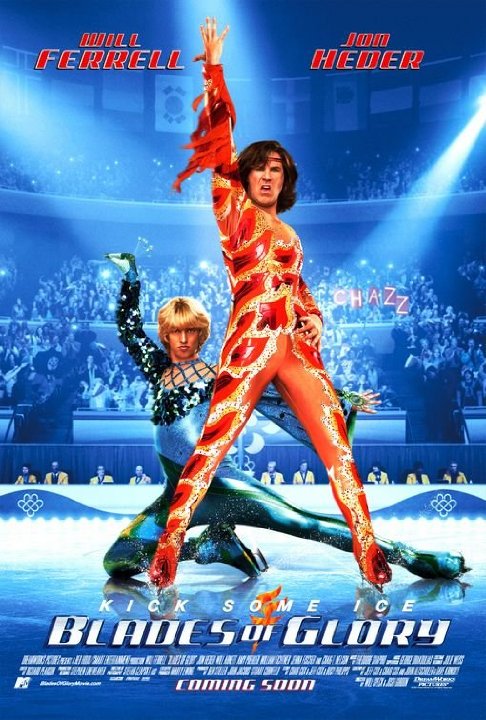 Blades of Glory is a funny film that lacks just about everything else. It is sloppily produced, directed and written but for the most part, it does have a good cast. Will Ferrell is Hilarious in his role. Jon Heder is not, he seems that he can only get laughs(Mild laughs at that) after people have started laughing at Ferrall. Amy Poehler and Will Arnett are funny and good in the movie, but their roles are pointless and their not convincing at the "villians". The underrated Jenna Fischer is sort of a standout in this movie, while she's very sexy in her role, she is also quite funny, not for her dialogue, but for her facial reactions to things happening around her. William Fichtner is sadly wasted. The films biggest flaw is the chemistry, or lack there of between Jon Heder and anyone he's in a scene with. The Comedy aspect is there in this mixed up film, but that's about all.