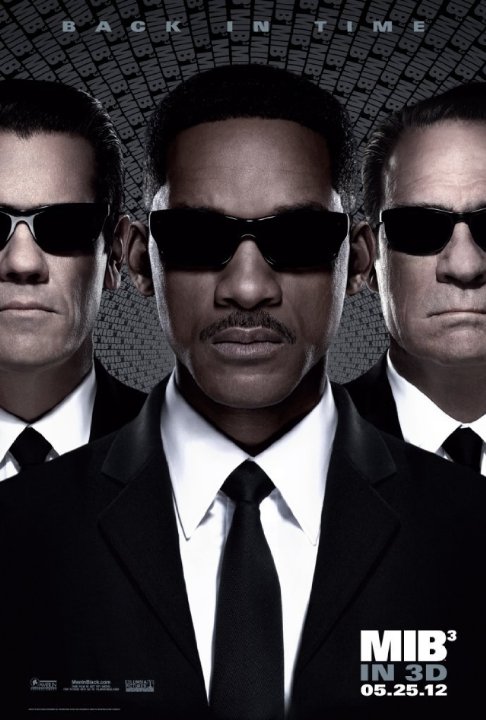 Agent K and Agent J from the Men In Black agency are back along with their black suits, dark sunglasses and their neuralyzers to make you forget what you may have seen while they do battle with aliens bent on destroying planet Earth. Director, Barry Sonnenfeld, is back for his third turn with this franchise. He basically sticks to the formula laid out by the previous two MIB films. So whatâs the difference with this third installment? Well, for one thing, Tommy Lee Jones hands over his leading role to Josh Brolin, who is playing a younger version of Agent K for most of MIB3. Also, this film is being show in some theaters in the 3D format. I personally saw this in regular 2D, but could see where the 3D effects would add some pop to the scenes where it obviously would have been applied.

MIB3 starts out with a prison break from a high-security facility located on the Moon. Boris The Animal (played by Jemaine Clement) is the escapee in question and heâs bent on taking out Tommy Lee Jones, who was responsible for his incarceration. Investigating a spaceship crash, Agent K and Agent J encounter Boris who tells K âYouâre already dead, you just donât know it yet!â The following morning, all current trace of K is gone and history is altered to show that Boris killed Agent K during the attempted capture back in 1969. Itâs now up to Agent J to jump back in time (thanks to some alien technological wizardry â and a jump off the Chrysler building) to save K and set history back on its original path.

This is where Josh Brolin appears as the younger Agent K. Brolinâs take is dead-on and his interactions with Will Smiths character are the source of a lot of the laughs along the way. The rest of the story involves this duo chasing down Boris and Will Smith dealing with the âmodernâ technology of 1969. One humorous bit involves the cutting-edge use of AOL dial-up service.

While an overall good, funny film, MIB3 has too much of that âbeen there, done thatâ feel to it. The script is interesting enough and the story amuses, but it lacks anything really new or amazing. The time-travel bit also smacks a bit too much of âBack To The Futureâ. As fun summer entertainment, MIB3 hits all the right notes; it just doesnât âcharmâ the audience enough.