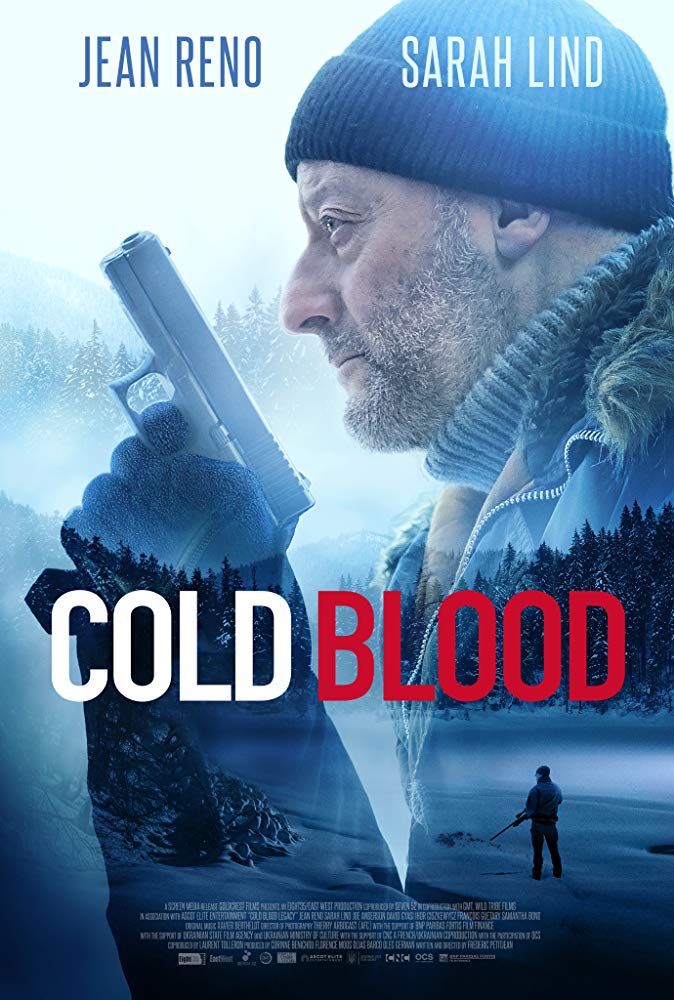 I had a stand-off with a wolf earlier,
and he has tasted human bloodâ¦
yours.

Jean Reno. The ever-calm actor is usually associated with roles such as a police detective, a gangster or an assassin. The quiet-looking Frenchman has a specific appearance that fits perfectly with such roles. Strange but true. I have only recently seen the film âLÃ©on: The Professionalâ. Without a doubt the very best that Jean Reno has demonstrated on the silver screen. An experienced assassin who, as a loner, takes care of the little girl Mathilda and teaches her the tricks of the trade. A cult film âavant la lettreâ. In âCold Blood Legacyâ Jean Reno plays a similar character. A professional and devious person who does his jobs in a well-argued manner. And with that, the most positive thing about this film is said.

âCold Blood Legacyâ is a straight-to-video film, which is already a hint as to what you can expect. Nothing good, I fear. Yes, Henry (Jean Reno) radiates authority and calmness. He carefully weighs each word heâs going to say. And he reads philosophical books thoroughly such as âThe Art of Warâ. He also knows enough about injuries and how to treat them. And finally, he seems to be skilled in survival techniques. Survival techniques that are necessary when you live at an isolated winter spot far from civilization and surrounded by unapproachable nature. In short, itâs once again a pleasure to see Jean Reno at work.

Unfortunately, Renoâs brilliant acting isnât enough to make this film a success. The rest is abominably bad, to say the least. Not only is the story itself terribly boring and not interesting. Some interpretations are also ridiculously bad. The two police detectives Kappa (Joe Anderson) and Davies (Ihor Ciszkewycz) in particular, probably will win the Challenge Cup for âMost lousy charactersâ. Although this is more due to the script than the qualities of the actors themselves. David Gyasiâs character is also open to criticism. The purpose of his role in this film remained a mystery to me. But itâs primarily the story where itâs going wrong. It all isnât really clear. And above all, it seems as if itâs a combination of storylines and impressions that have been crammed into one story in a confusing way.

Still some positive comments. Sarah Lindâs acting is convincing enough, even though she does that almost the entire film from a horizontal position. The interaction between her and Henry sometimes makes the film fascinating to watch. A psychological joust between two strangers with their own secrets. And as I said before, Henry proves that heâs an expert in the medical field. And apparently heâs an expert in the field of torture techniques as well. Furthermore, the film is peppered with beautiful nature images of this winter landscape. A wooden cabin surrounded by snowy peaks, pine trees and an immensely frozen lake. However, donât expect any tension or gripping action scenes. The film is simply lifeless and boring. And at the end of the film, everything still remained unclear and blurry. The fact that I didnât remember the next day what it was about, was a logical consequence. Hopefully, Jean Reno will shine again in a solid action thriller somewhere in the future.