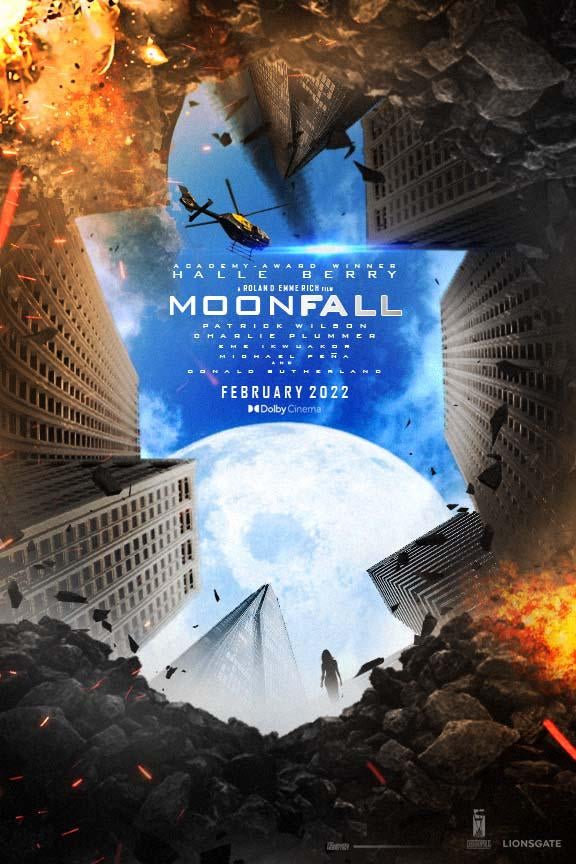 "This planet has suffered five extinctions. This is going to be the sixth."

I watched this back in February in 4DX (more of that in a bit), and the reason for the long delay was due to a busy schedule with personal stuff, but better late than never.

'Moonfall' is yet another one of Roland Emmerich's "end of the world" movies, and it follows the same familiar as the rest.

Alright, I will get straight to it, the movie is stupid, like really stupid, and I expected that going in and enjoyed it for what it was. Some of the performances range from decent to horrendous, there is a father and son subplot that I did not care for, and at times it was so transparent that some scenes were on a sound stage. The ending is so terrible and ridiculous that I had to keep telling myself to go along with it. John Bradley was the only good part of this. Donald Sutherland was only in one scene, and he never appears again in the movie. Charlie Plummer is in this movie, I have seen great things from him, such as the 2017 film âLean on Peteâ, but here he was shockingly terrible.

But as I mentioned from the very start, this was not just any other movie experience as I saw this in 4DX for the first time, and let me say that Martin Scorsese was right about modern movies becoming theme park rides because THIS IS IT! You know those 4D rides where the seat moves and environmental effects such as water, wind, etc. Well, imagine that just stretch out for two hours, and those two hours I was hanging on to dear life. Even then, not all the visuals were synchronized or consistent with the movement of the seats. For example, there is a scene where John Bradley's character is late for work, so he drives in a hurry and gets out of his vehicle to run into the building, but for some reason, the seating is moving like crazy, but there are other scenes where characters are in a hurry and yet no movement.

So yeah, an "interesting" experience for sure, but not for me.