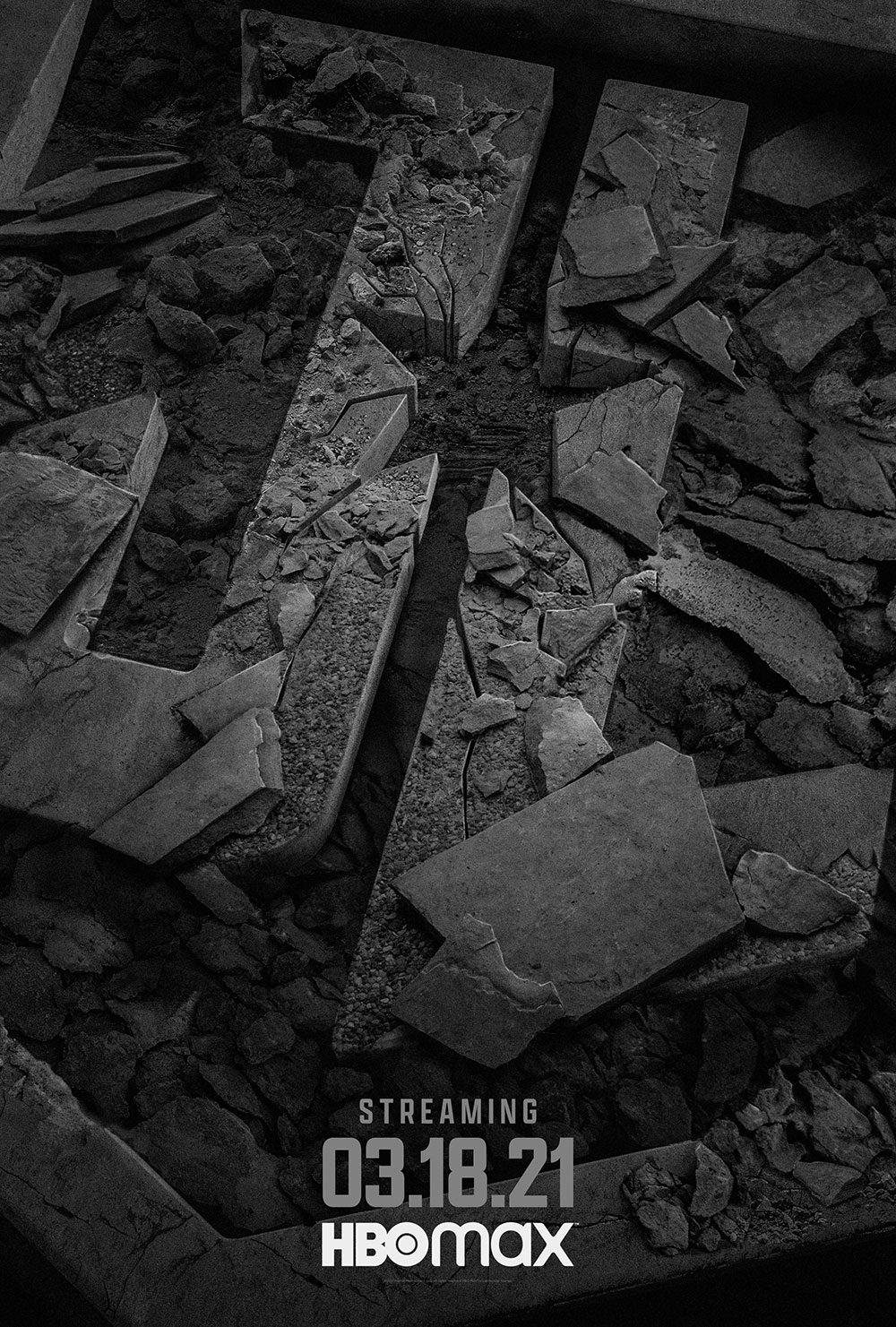 After four years of waiting, justice has finally been served!

I honestly cannot believe itâs finally here. Me logging this in feels surreal, but Iâm overwhelmingly happy with what we eventually got. There were a couple of scenes in this movie that got me teary eyed, but also gave me goosebumps. For the cast and crew, they efforts have finally been paid off. Iâm genuinely surprised how much I liked this one!

Although, some people believe this is the âsame movieâ that we got back in 2017, and man they could not be more wrong. And while yes, it does follow the same plot beats as the 2017 cut: Steppenwolf is still the main bad guy, the mother boxes are involved, Superman returns from the grave, and the team defeats Steppenwolf. And yet, it terms of tone, characters, character development, acting, score, visual effects, camera angles, pacing, directing, and the four-hour runtime; itâs not the same movie. This is a completely new experience.

The road to the Snyder cut has been a long rocky journey. If you are not familiar about the behind-the-scenes drama, then let me give you a summary of what happened. If you are familiar, then skip this paragraph. So, Zack Snyder shot a massive chunk of Justice League before he had to step away from the project due to a family tragedy involving the loss of his adopted daughter named Autumn. Warner Bros. hired Joss Whedon to come in and handle the reshoots, which later turned out he reshot nearly the entire movie with 80 new pages to the script. Whedon and the studio chopped this movie to pieces, adding in unnecessary awkward humour, cutting out characters/actors, some of them are actors of colour, removing all of Cyborgâs backstory and Ray Fisher's brilliant performance, the villains Darkside was absent, and a lot of significant character moments removed. Trimming it down to a ridiculous runtime of under two hours. It also turns out that Whedon made the working environment on set toxic with his narcissistic ego. So, a bunch of producers who were too stupid to realise they were not saving the movie but completely ruining it. So, when it released in November 2017, critics were lukewarm on it, but fans hated it, as the tone and visuals did not feel like a Zack Snyder movie. Shortly afterwards the harsh tag #ReleasetheSnyderCut was born, and it trended for three years. So here we are today.

âZack Snyder's Justice Leagueâ is a superior and more epic superhero league. It has got heart, unity, the feeling of being loved and belonging, and a sense of urgency, something that was sorely missed from the 2017 theatrical version. It made me feel every moment from sympathy, sadness for characters, and fear for the villains. Itâs a long movie, four hours and two minutes long, so thereâs a lot to take in, a lot to unpack. A massive feast of superheros with heart and soul.

It boggles my mind how a movie studio like Warner Bros looked at this footage and said "Nah, cut all that stuff and replace it with extra jokes. I mean, whatâs the deal with brunch, ain't I right fellas!".

Snyder really dose understand these characters despite what others may say. He knows their strengths and weakness and utilizes it to its full potential. This is his vision, his take on these characters and you donât always have to like his interpretation, but itâs something refreshing and complex. I hope he does get the opportunity to finish is trilogy as I am eager to see this story continue as he intended. I like Zack Snyder both as a filmmaker and a person because he seems like a cool guy that always gets hated on for the stupidest reasons.

As soon as Nick Cave & The Bad Seeds song 'Distant Sky' started playing when a grieving Lois Lane remembers Superman, the song choice and scene hit the sweet spot. Scenes like this, the little and gently scenes, is something you don't expect in big superhero movies.

Ben Affleck is charming and heroic as Bruce Wayne / The Batman, but Affleck himself looks more focused and healthier, unlike the 2017 theatrical cut. And yes, am taking up every opportunity to sh*t talk that movie. I found it interesting how they turned the darkest possible interpretation of Batman from âBatman V Supermanâ into a hopeful Batman with goodness and faith restored in his heart. Gal Gabot is once again super awesome as Wonder Woman and has plenty of action sequences for her to shine, especially the Wonder Woman Saves London scene. Whenever Gabot or Affleck interact with Alfred (Jeremy Irons) were the most endearing parts of the movie.

Ezra Millers Flash and Jason Momoa as Aquaman are the more comedic elements of the movie. This is lighter in tone than the previous DC movies, but not too comical where it starts to become a comedy sitcom. The movie did a good job balancing light-hearted and seriousness when it comes to tone. Anyway, there both had more to do in this cut and had some memorable action scenes. The Flash is the real hero of the movie, especially with the fantastic final battle.

Henry Cavill returns as Superman, but this time clean-shaven. The character is the definition of cool and his involvement in the final battle of the movie was satisfying.

However, the real standout here is a character that originally in my 2017 review of âJosstice Leagueâ, I commented that he was the weakest link of the team and how I didn't feel like the character was used to his full potential. But man, they did Ray Fisher and the character of Cyborg dirty in the theatrical cut, because Cyborg's arc was most poignant this time around, given the personal loss and tragedy he suffered, and his integral relationship with the mother boxes. Thereâs one particular scene in this movie that brilliantly wins you over into loving the character, by using his powers to do a simple act of kindness. The scene perfectly captures who he is as a person by showing how he chooses to use that virtually unlimited power. Ray Fisher delivers an incredible performance! Also, shout out to Asian-American actor C Amanda Maud, who had her scenes removed in Whedon's cut, but has finally been restored and itâs the most heartfelt scene of the whole movie that never fails to make me feel emotional. She was truly terrific in her small role, and Cyborg is the heart of the movie!

A massive improvement this time around is the villain Steppenwolf, played wonderfully by the underrated Ciaran Hinds. The way he looks in design, with his spiky metal Armor makes him look more threatening. His voice is much darker and deeper. He is brutal, intimidating, dangerous, and poses a genuine threat that will require each member of the League to do their part equally. Also, the entire Amazonians Vs Steppenwolf scene was way better and more intense, as the struggle felt real and urgent. Despite being an unstoppable force, I like how they showed a more vulnerable side to him, which conveys to us through his large puppy eyes, and through Hinds performance that he is scared deep down, because thereâs another evil villain lurking in the background, somebody much worse than him, and his name is Darkside, and while he doesnât have too much screen time, but the way they build him up makes him look and feel menacing, and the actor who plays him, named Ray Porter, absolutely killed it in those little glimpses of chaos. The CGI for both of the villains looked great by the way.

Jared Leto returns as the âhunka-hunkaâ Joker during the epilogue, and I surprisingly didnât hate it. Iâve talked trash about Leto's performance as the Joker in the past, but here itâs a little tone down in terms of Letoâs crazy antics. The short interaction between him and Batman was intriguing, and it made me wonder of the possibilities of a full-length scene between the two would be like. I guess we can only imagine.

Everything on a technical level were all so well done. The score from Junkie XL (also known as Thomas Holkenborg) was wonderful and glorious. The movie itself looks grand and beautiful, all thanks to Fabian Wagner cinematography.

Now for the issues: Amber Turd, who plays Mera, does a terrible British accent that started off bad, but got worst during the epilogue. Every time she was on screen I cringed. She was easily the worst part of this movie. She sucks! Some of the CGI didnât always look good, as a few background shots looked a bit iffy. Perhaps it was limited resources or little time. Slow motion is a common trademark in Zack Snyder movies, but here there were some scenes that went a little overboard with it and I didnât think it was needed. And thatâs really it for problems.

I want to end this already long review with a special tribute to Autumn Snyder, and I want to tell you something important that you need to hear.

You questioned your worth in this life and wondered if it was worth living in it. Well, you were worth everything and much more. I believe her memory will live on in this cut. For Autumn.

And for those who are also questioning their worth in this life, my followers or strangers just passing through, you are worth a million. If no one is going to tell you that, then let me.

Overall rating: "I'm not broken. And I'm not alone"

In the UK it's coming out on 19th April, but haven't heard anything about US release date.