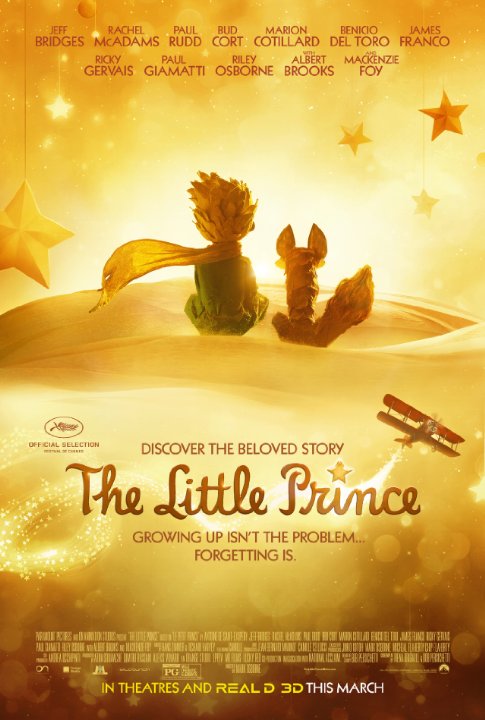 Watching this movie made me realize why so many people hate the movie Hook- the one where Peter Pan grows up to be a lawyer and forgets about Neverland. Maybe if this movie hadn't been based on a book I really love I could've forgiven it for being transparent and having a simple cliche plot, but as is, I sort of kind of hated it a little bit. We've all seen the "child-doesn't-act-like-a-child-so-is-taught-how-to-be-a-child-again-by-kindred-spirit" story a million, trillion times and I'm really getting sick of it. Everyone knows how it's going to end. Halfway through watching it I wanted to shout "okay, okay, I get it already!" *roll credits*. However, on a positive note, the scenes with the story book animation were really beautiful and interesting, it made me wish the entire movie had been in that style without the pointless main plot about the little girl and her overbearing mother. Also, James Franco played the Fox which I found to be hilarious but I'm not sure if this gained points for the movie or took points away from it. Probably both. Along those lines, the little stuffed fox was so ridiculously adorable that it somewhat saved the last half hour of the movie for me (stress on somewhat). All in all, this movie was...okay. The first half was decent and the last thirty minutes or so disappointed and annoyed me. There's just something so false about it and there are certain lines with beloved book characters that really shouldn't be crossed.