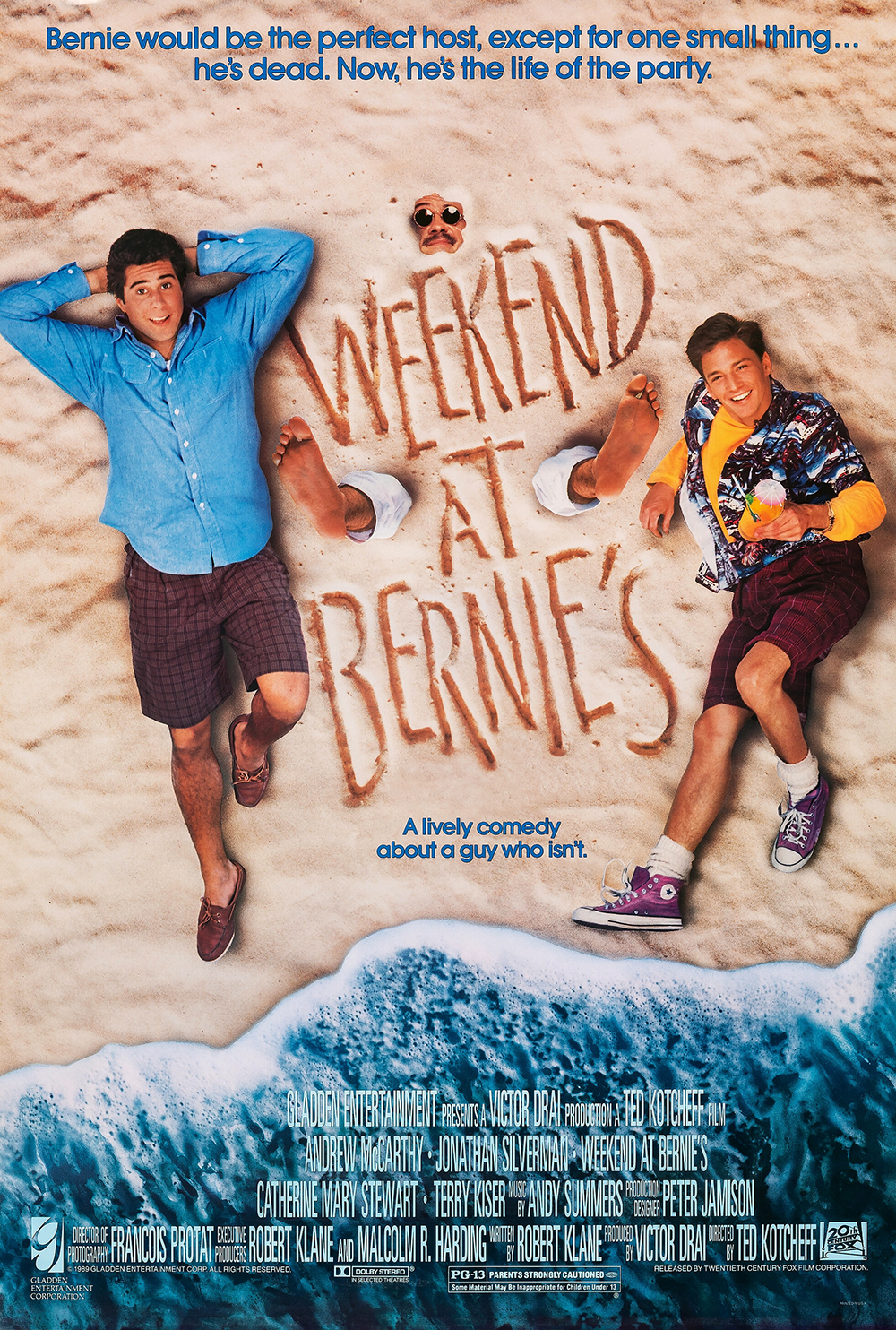 'Weekend at Bernie's' is essentially a series of gags involving two guys parading a dead body around and convincing others that said body is still alive. The premise is okay. I just didn't find the majority of gags funny. I can get behind the goofy antics, but I can't believe that the people being fooled could be that immensely dense. Other scenes not involving the dead Bernie, like most of the beginning, are flat out boring.