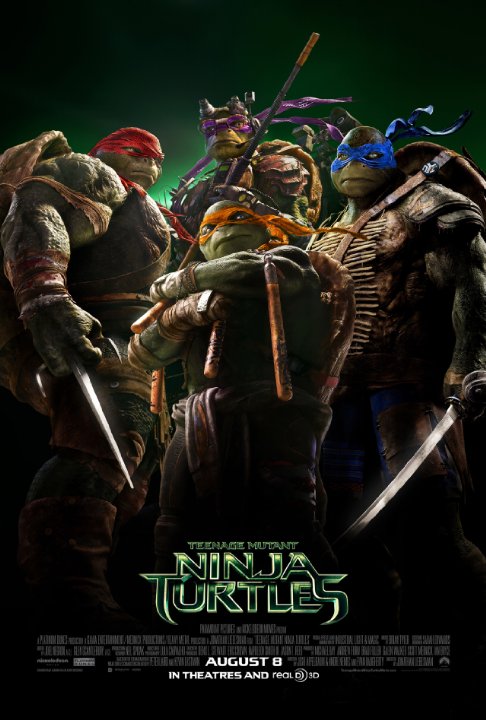 Iâm not a movie insider. I donât know how the studio process works, but it seems to me that things like this shouldnât happen. Movies have been around for a long time, we know how to make action movies enjoyable. In a sane logical world there would be no reason that Teenage Mutant Ninja Turtles couldnât be an entertaining diversion, but we do not live in a sane logical world.

I have no idea why this new âturtles" movie has made so much money over the weekend. The entire buzz on the internet has been negative. My guess is that the majority of the audience is young people, fans of the newer version of the TV show. This makes near infinite sense to me; Teenage Mutant Ninja turtles is a very juvenile movie. I donât even mind that itâs juvenile though. Being childish and goofy would be fine if it was exceptionally entertaining, but âTurtlesâ is definitely not.

The movie doesnât even have a freaking protagonist! At first I thought it was April OâNeil, and then I thought it was the turtles. For a while I even thought it was Will Arnettâs useless male lead, but itâs none of those. We arenât really following a character or group of characters as much as we are meandering from plot point to plot point like limping zombies.

Also did I mention that Will Arnettâs character is useless? Because he is. And he isnât the only useless character either, there are loads of them in this flick. William Fichter doesnât play Shredder (as I assumed he would,) but shredders partner in crime. why did they need two villains? Both of these two characters have the exact same motivations and traits, why did they both need to be in the movie? Why was Whoopi Goldberg in the movie? Why are there four turtles? Is one giant mutant turtle ninja not sufficient? The âTurtlesâ media Iâve seen always centers the story on the relationship between the four of them, but here itâs only glossed over making the extra three turtles naught but plot clutter. This script should have been tossed in the garbage can.

And about the comedy: itâs rare that you see something as disturbingly unfunny as âTurtlesâ is. Very few of the jokes work, and the ones that do are mostly just funny because their so bad. There are a couple of place were I laughed hysterically, but they were this mostly happened in scenes that werenât supposed to be funny.

Everything here is so weak, half the time itâs not even that bad, just remarkably unexceptional. From the characters to the animation, it almost feels half finished. William Fichter and Will Arnett turn mind blowingly awkward dialogue into nothing, just like youâd expect them to do. And the turtles themselves are often more annoying then fun. To be fair a couple of the action sequences were really fun (especially in contrast to the Michael Bay Transformer movies,) but thatâs not enough to make up for all the stupid. If you need a fun action movie fix Hercules and Guardians of the Galaxy are still in theaters, go see one of those instead.

Even if your kid really wants to see a Teenage Mutant Ninja Turtles movie, why not show him one that doesnât suck? I for one would recommend the 2007 animated version which is actually pretty good. Itâs definitely a lot better than the dreck their playing at the cinema.

Even though I haven't seen this yet, I have a feeling my reaction would be pretty much exactly the same. Wasting Will Arnett alone is worth at least a half-star deduction.... COME ON! (still waiting on my Arrested Development movie...