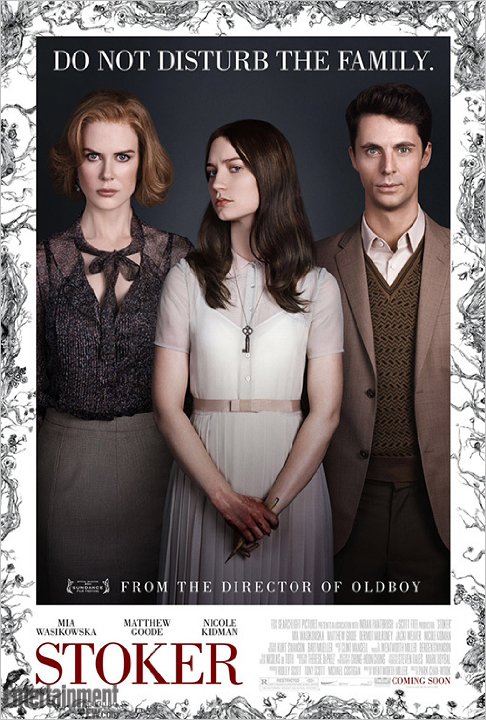 Stoker is a competently made, occasionally creepy film that needed richer substance and a compelling final act to make it a good film. It's slow burning and very poorly written. The script doesn't provide these strangely fascinating characters with much justice, and ultimately sends the film into a state of blandness and predictability in the second half with an ending that's rather stupid. It's not all bad, as director Chan-wook Park establishes and sustains a pretty creepy atmosphere and building curiosity in the film's first half, alongside an undeniably scary performance by Matthew Goode (who plays the one character I actually enjoyed). However, once the final 50 minutes come rolling in all of that tension gets thrown out of the window and the film takes the stupid turn. It's not at all a bad film - but an unsatisfying one.