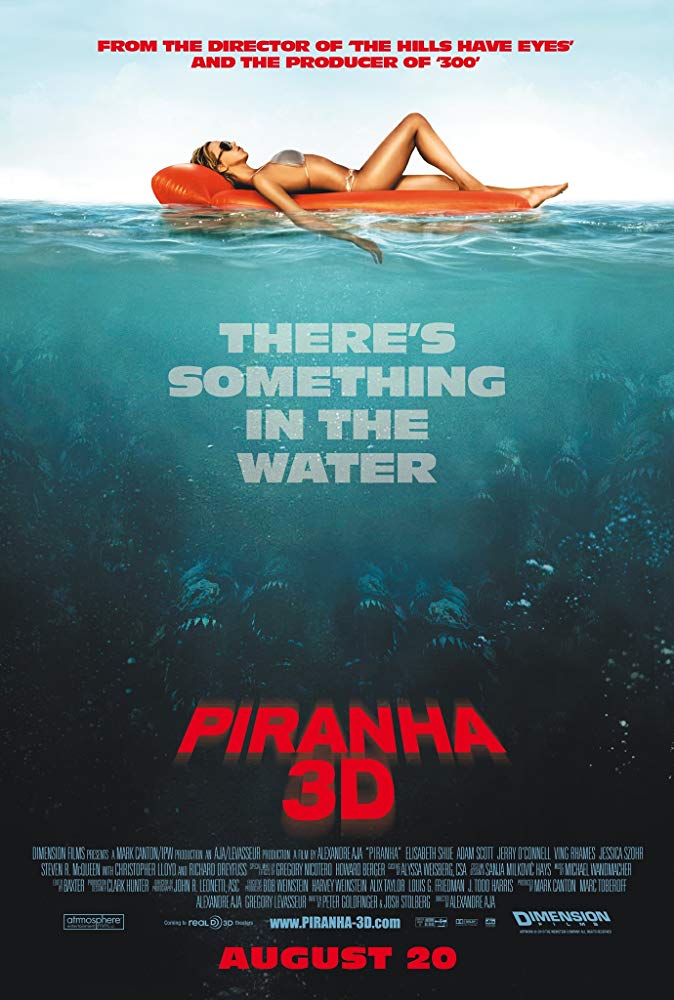 This remake of the 1978 Joe Dante-directed, Roger Corman-produced horror thriller ups the ante on the original by juicing up the carnage, the laughs and the gratuitous nudity. There's no real surprises here (until the end, of course): You know which bawdy young girls and which nasty young guys are going to be devoured by the man-and-women-eating fish. On the hero side there's the semi-outcast teen (Steven R. McQueen), the town's upstanding female sheriff (Elisabeth Shue) and the wacky scientist (Christopher Lloyd). The film plays out exactly as expected -- with a great sense of campy self-referential humor -- beginning with a Richard Dreyfuss reverse-"Jaws" encounter. Pure fun.