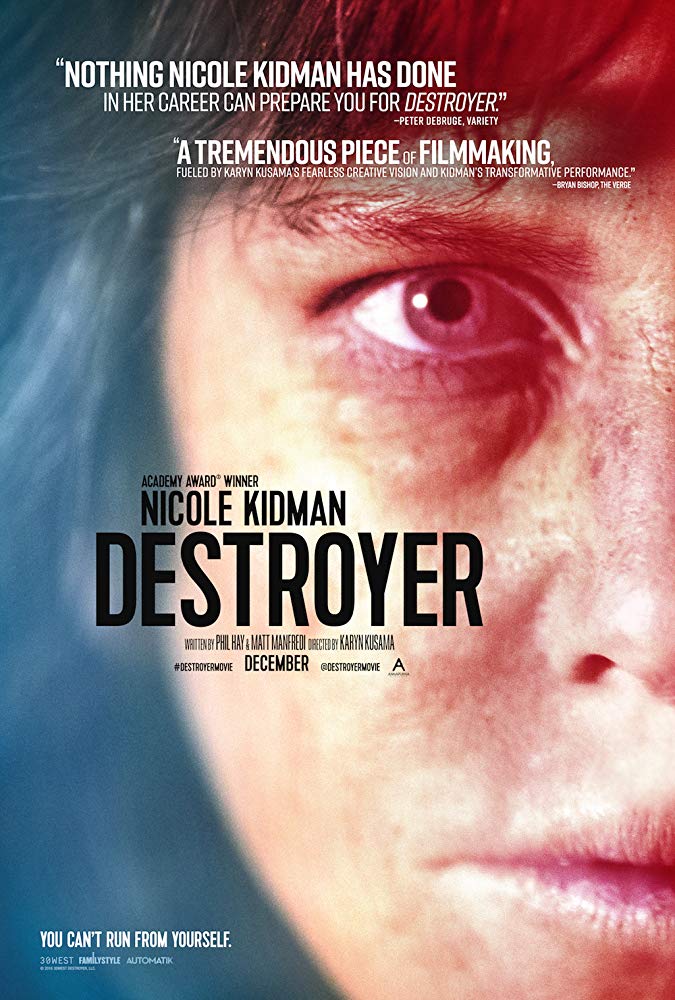 A burnt-out cop traumatized by a bungled undercover operation 17 years previously is contacted by the man who murdered her partner, so she sets out to track him down and seek retribution.

Of course the hack headlines resulting from this film were that Nicole Kidman âbravelyâ allows herself to look like a normal human being for this role, but this belittles a very strong central performance from an actor I previously have had little time for. Her character is a clever example of gender-role swapping where the dysfunctional, alcoholic protagonist is actually the mother figure and she becomes the battered, cynical gumshoe who tracks a series of clues in the single-minded pursuit of her quarry. Part old school detective story and part heist movie, Destroyerâs formula of two stories of past and present told in parallel alongside gritty character study and artful visuals is very reminiscent of TV series True Detective.

Add a cunning twist in the tale and a well orchestrated shoot-out and you have a film that is a cut above the usual cops versus robbers Hollywood fayre.