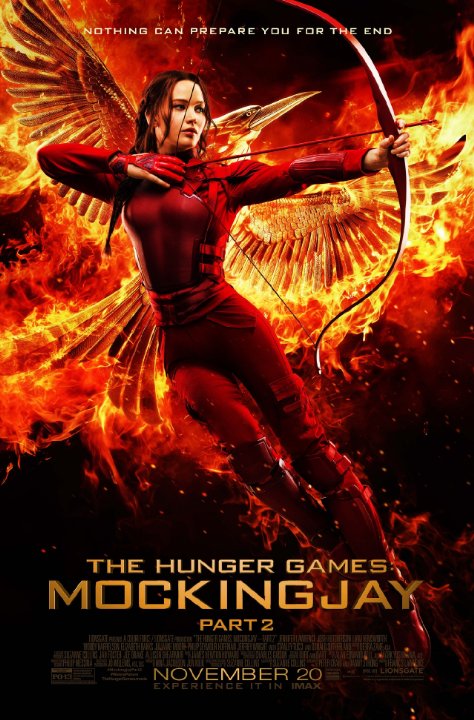 As the forces of the rebellion take the offensive, the Mockingjay and the Victors are deployed in the Capital as propaganda tools, but Katniss breaks rank to take the fight to President Snow himself.
The finale of the popular franchise ends as it began; with a nicely themed, politically savvy plot embellished by flashy set pieces and encased in a teen-friendly gloss. Much of my criticisms of the previous film hold true, however. The best supporting characters in the form of Haymitch and Snow garner far too little screen time and the action sequences although nicely executed are rather too derivative and generic - the scenes in the sewer in particular are virtually identical to those of Blade II. But by far the greatest flaw is in the fact that, like Mockingjay Part 1, the plot is a little too thin to justify a 140 minute running time and the story would have been far better served by consolidating the two films into one more economically told plot. That said, Jennifer Lawrence is once again very watchable, the effects and production design glossy and attractive and the ending, containing a nice twist which although perhaps a little obvious to older viewers, ends the franchise on just the right note. A little too glossy, a little too contrived, but as a whole Mockingjay Part 2 has penough good qualities to make it worthy of a recommendation.