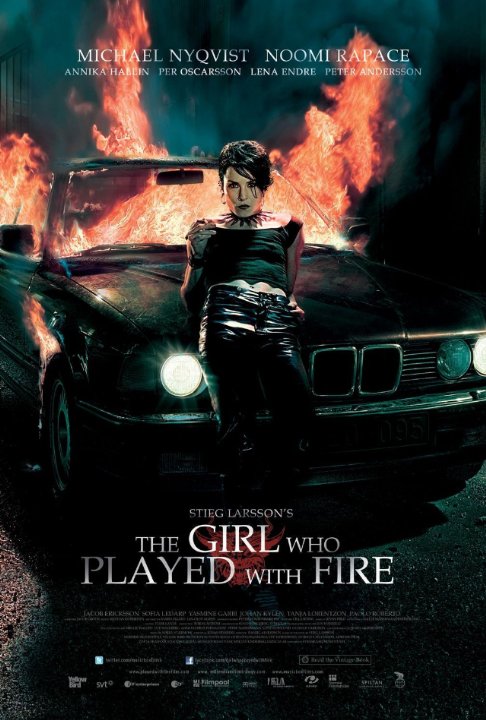 Lisbeth is framed for the murder of two journalists conducting an expose on organized crime concerned with girl trafficking and so once again enlists the aid of Mikael Blomkvist in uncovering the true culprit. The second part of The Millennium Trilogy continues the story where TGWTDT left off and displays many of the same strengths and weaknesses. This time Lisbeth's character is explored with a little more subtlety, allowing Noomi Rapace to settle into a role that doesn't focus so much on voyeuristic social quirks making for a stronger central protagonist. She and Blomkvist do not meet until the final act which actually works well as it maintains the spirit of Lisbeth's fiercely independent, loner character and the sex and violence is not quite so salacious. This made me warm to the sequel more than I did to the first instalment, but the direction and photography is still a little workmanlike and reminiscent of "made for TV" drama. I also found the first half of the story involving the investigation of the girl trafficking ring rather more interesting than the contrived, slightly implausible second half which compromised the power of the message about the treatment and perception of women in modern Swedish society. As a whole it's a decent detective story based pot boiler but another missed opportunity I think.