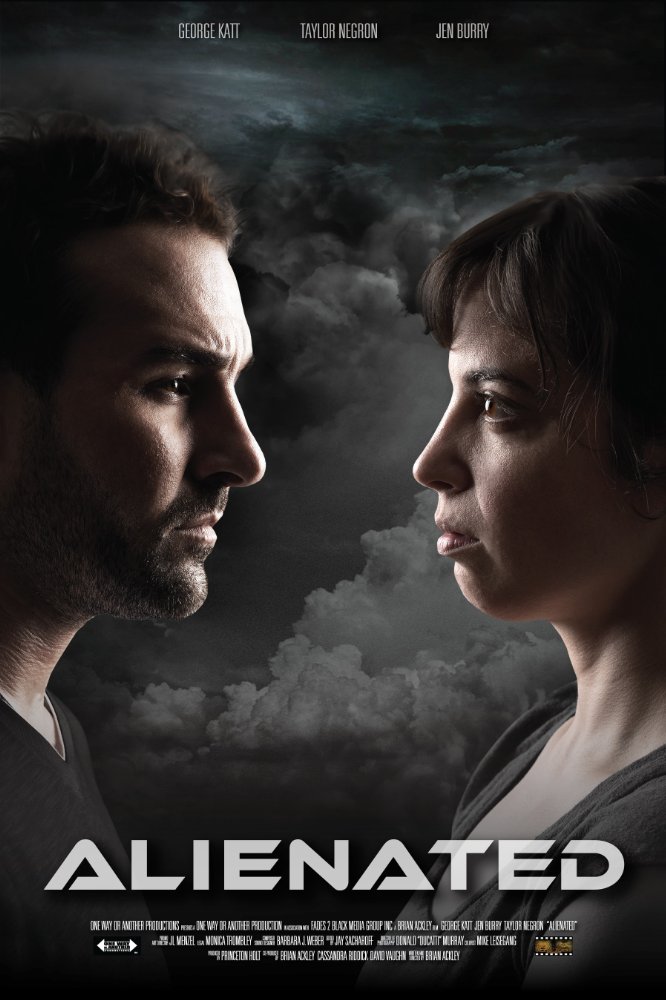 1st of all if you're expecting a Sci-Fi flick like I was, forget about it.Nate *sees* what he thinks is a UFO (I didn't see a thing) at the start of the movie & that was the only thing UFO related about Alienated (Hey that rhymes) The rest of the movie is Nate & Paige working out their relationship issues (That's it, That's all) Starting out I really was expecting Alienated to be a Sci-Fi flick but it was such a good movie that I didn't care that it wasn't what I expected it to be.Alienated was really painful to watch at times though.It's like the feeling you get when you watch a couple fight in public.You HATE seeing it happen but what can you do? Other than sit there, cringing (GREAT job by George Katt & Jenn Burry because they had me cringing the entire movie) & hoping it will be over soon.If I knew a couple like Nate & Paige I'd tell them to end their relationship already.They were fighting over every single little thing & I mean EVERY single little thing.Alienated is a movie that's most definitely worth watching once & even more than once but once was enough for me.RIP Taylor Negron