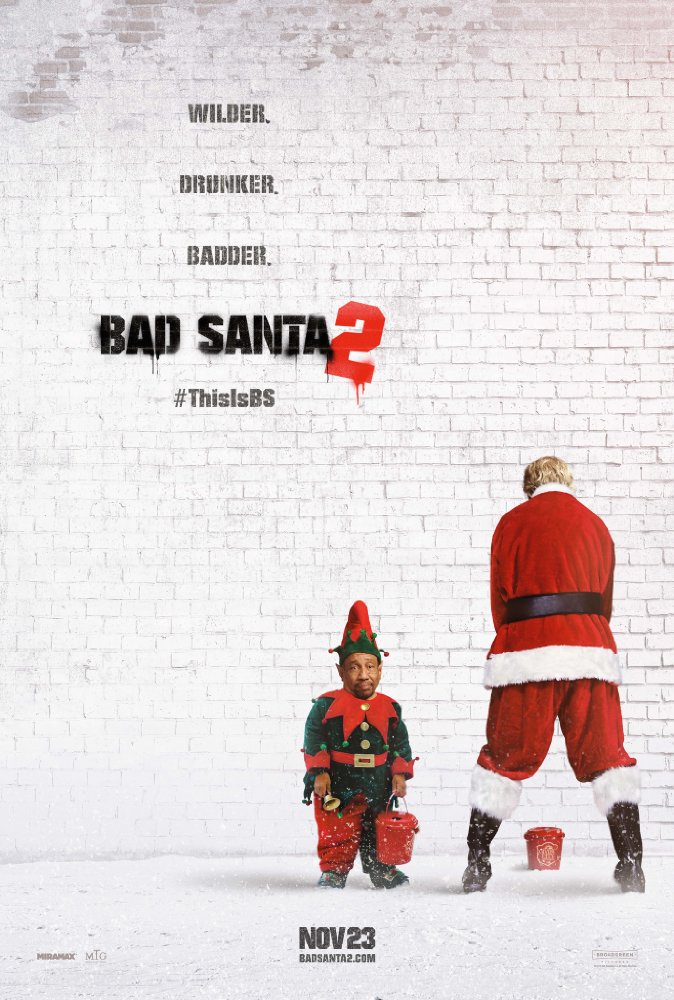 I was SO into this movie right from the start but after Willie punched his mother in the face, my enthusiasm died a bit.When did it become funny to punch your mother in the face?! I don't know about you but I didn't find it funny at all.Other than that, Bad Santa 2 was just as hilarious as the 1st.After all the bad reviews I read for it, I wasn't expecting to like this movie at all but I did.It's almost the same as the 1st with Willie & Marcus back together again, Thurman Merman returns as well, Willie's mother is involved now, You know there's going to be a double cross or 2 & there's a ton of rude, lewd, crude humor so if you're not into that sort of thing then Bad Santa 2 isn't for you.I'm pretty sure I only saw the regular version so I can't wait to get a look at the unrated edition.This movie would have been perfect if not for the scene of Willie punching his mother in the face.If they would have cut the punch out then this movie would've been great & I would've given it a higher rating.I hope there will be a part 3 in the near future & we won't have to wait as long as we did for the sequel