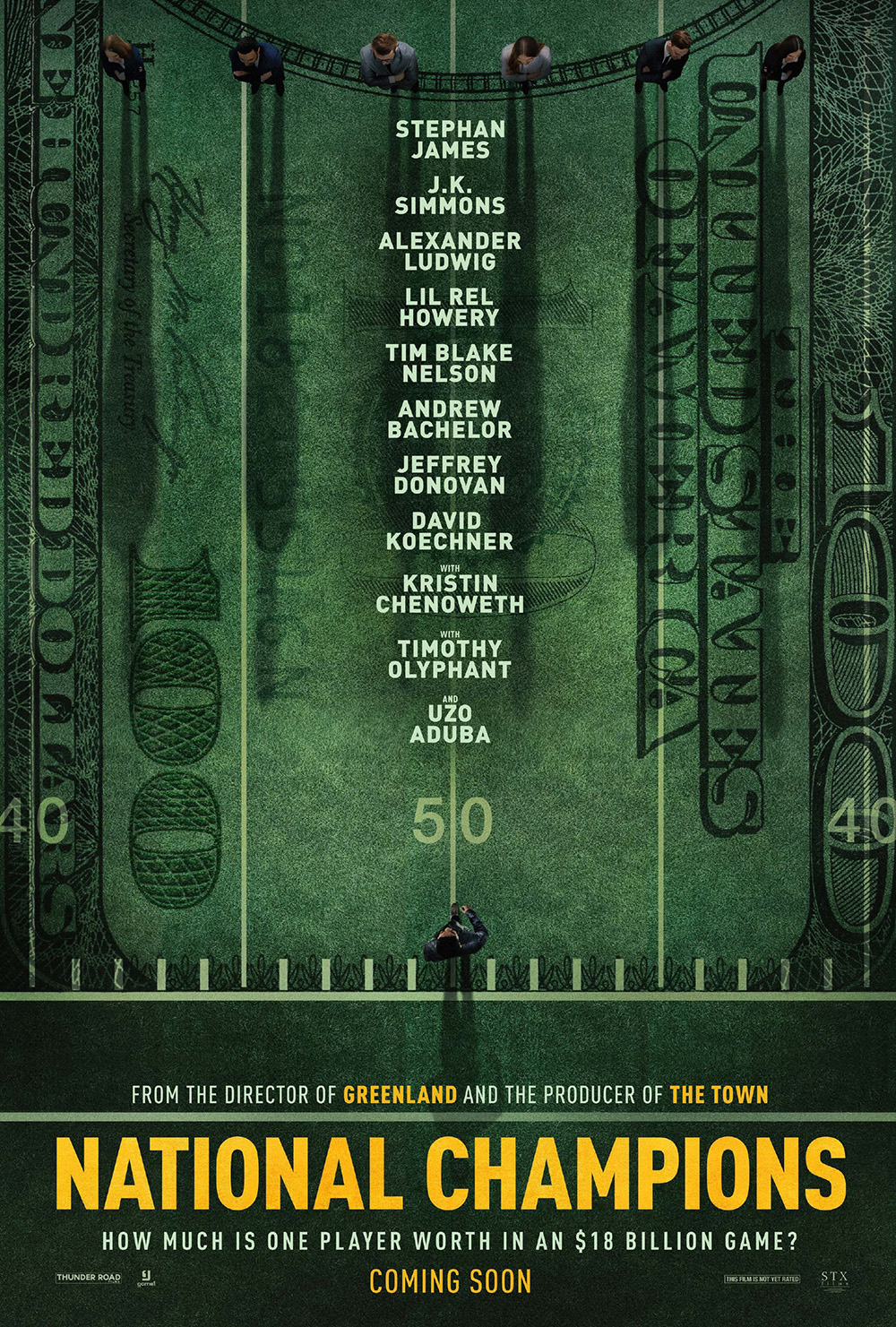 Plot: A star quarterback on the eve of the biggest game of the year stops everyone in their tracks when he organizes a players strike in order to bargain for fair compensation, equality and respect for student athletes. -- Chris Kavan

This movie is well acted and it raises some valid points on college football. But it's not written very well and characters' motivations seem to change on a whim. J.K. Simmons is very good as always. Stephan James' acting has improved since his less-than-stellar debut playing Jesse Owens in RACE. And the movie just simply ends with no resolution. It's very unsatisfying. But it's frustrating because the movie is actually well acted and there are scenes which are pretty suspenseful.

No posts have been made on this movie yet. Be the first to start talking about National Champions!