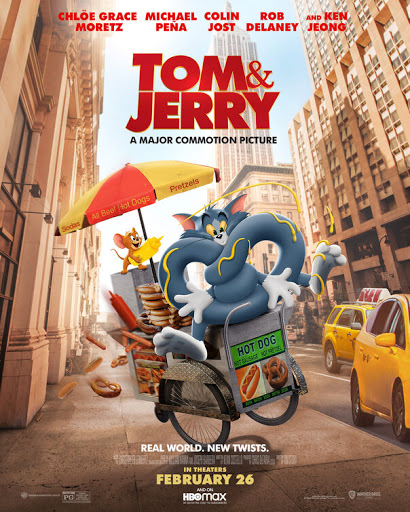 Plot: After being kicked out of the house due, housecat Tom and rival mouse Jerry put aside their differences and go their separate ways. But as fate would have it, Jerry, now residing in a posh Manhattan apartment will once again cross paths with Tom when a newly-hired staff member chooses the cat to help rid the hotel of said mouse before a major wedding ceremony. But when the rivalry is rekindled, no one is safe from their antics even as an even more devious conspiracy involving the deputy hotel manager is uncovered. -- Chris Kavan

This is hands down a strong early contender for the worst movie of the year. For a film based on such a timeless property, the animated slapstick is terribly dated. The story is the most mechanical, uninspired one imaginable and is made all the more painful by the appalling soundtrack and live-action cast. At least they don't talk.

No posts have been made on this movie yet. Be the first to start talking about Tom and Jerry!