The Professor and the Madman Movie Information 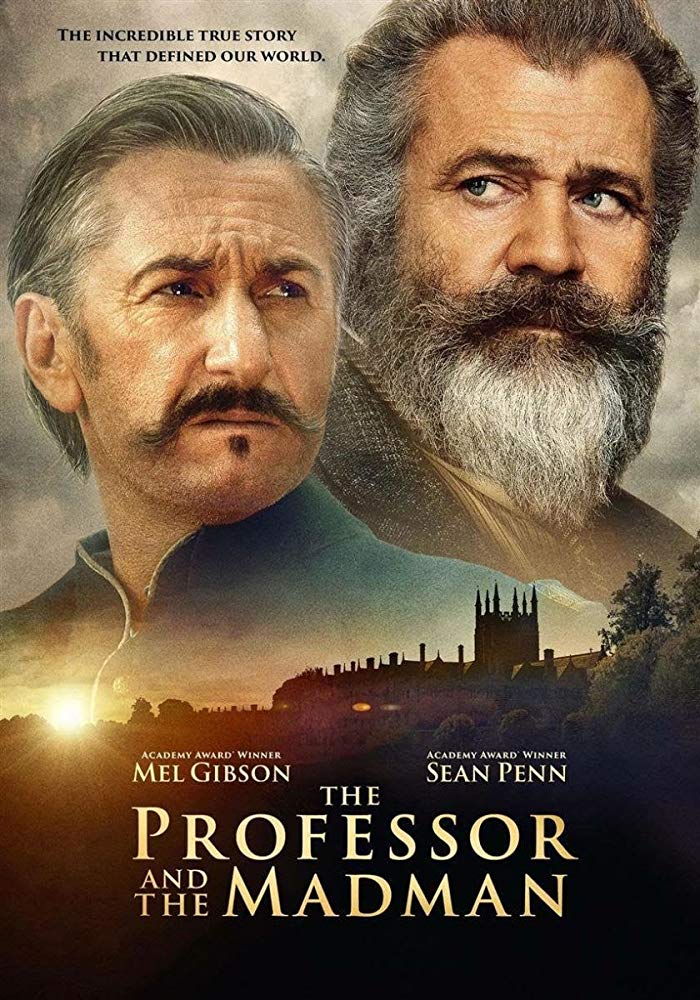 Mel Gibson and Sean Penn throw themselves to their performances. But the movie makes the mistake that audiences care about the Oxford Dictionary to begin with.

The stitchings of the sewn together script are completely visible, and "The Professor and the Madman" is too stale to make its story of the creation of the Oxford English Dictionary interesting.

I was fascinated by this movie.

If I am to fashion a book,
Iâll need a spine.

Sometimes you are awed by cinema films because of the immensely beautiful special effects and the use of unparalleled images. The other time itâs the inventiveness of a story and the way itâs structured. And in other films, you look with admiration at the way certain actors play their role. Is it obligatory that a movie looks phenomenal to you? Or does it happen sometimes that while reading a novel, in which the sophisticated juggling with words creates literary excitement, you have difficulties to keep your eyes open and your head nods back after a short period after which a little snoring is heard? Well, in that case, …

No posts have been made on this movie yet. Be the first to start talking about The Professor and the Madman!