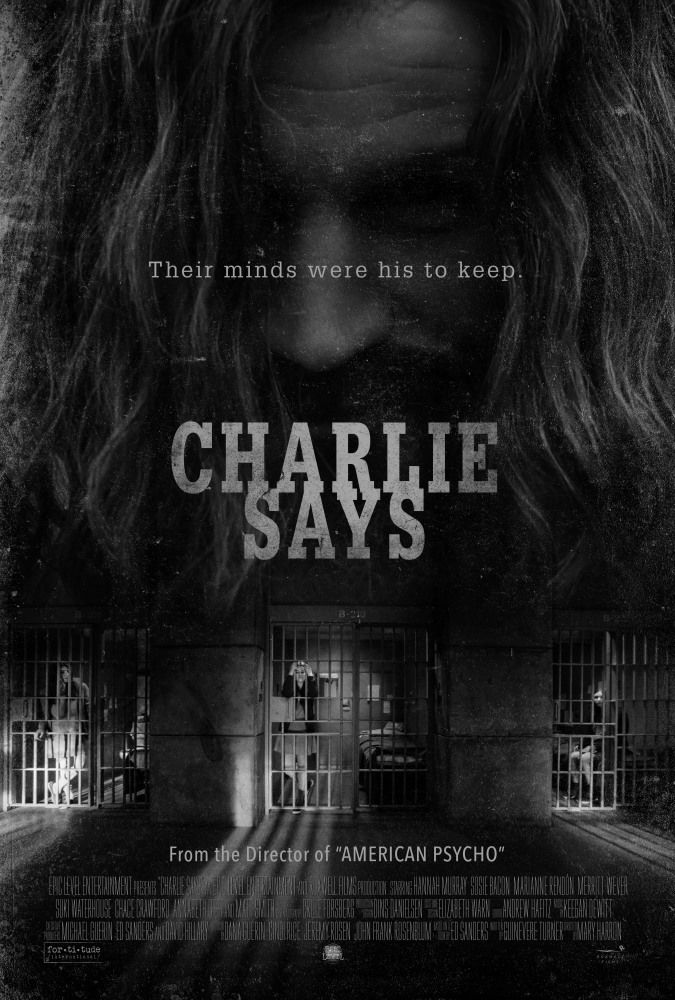 When I first met Charlie,
I just knew.
Hopped on a bus and I never looked back.

Charles Manson seems to be a hot topic this year. Not only thereâs the Tarantino movie âOnce upon a time â¦ in Hollywoodâ in which the Manson Family plays a prominent role, but also this âCharlie Saysâ focuses on this cult leader from the 60s. Itâs rather a docu-drama in which the person Manson himself isnât really the central topic. Rather, itâs the female members of the Manson family who receive the most attention. A mixed bag of vulnerable, somewhat naive young girls who probably donât realize that Mansonâs sermons are pure nonsense due to the abundance of soft drugs and the eating of not so kosher mushrooms. Delusions presented by a confused mind. A despotic person and a …

No posts have been made on this movie yet. Be the first to start talking about Charlie Says!