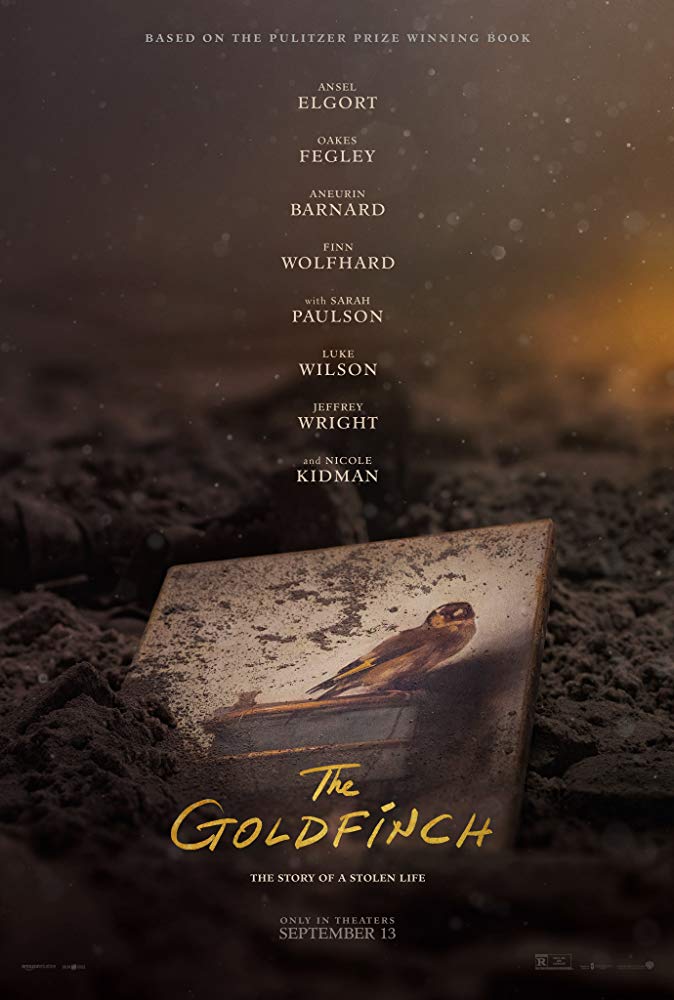 Plot: After his mother is killed when a bomb goes off at the Metropolitan Museum of Art, a boy is taken in by a wealthy Upper East Side family. -- Chris Kavan

A movie that itself feels like an explosion, "The Goldfinch" is the worst kind of ambitious disappointment. This cinematic eruption of entangled plot threads and inconsistent tones is almost fascinating for how contrived, confusing, and convenient it becomes over the course of an excessive 149 minutes.

'The Goldfinch', an all-star cast with a decent director...yet somehow turned out to be such a huge disappointment.

Ansel Elgort was right when he said there was a lot good in this movie, but none of it connected with me. I didn't read the book so I only watched this as a movie, because there should be a difference when it comes to adaptation.

Other than that, the movie felt rushed in terms of character development and relationships, which is odd cause the run time is 2.5 hours long. Finn Wolfhard plays a Young Boris and Aneurin Barnard as the adult version. Both actors have Russian accents and will often slip in and out.

The cinematography by Roger Deakins is great, but it isn't his best work. Not bad, just not memorable.

This should have been a straight to Netflix movie.

No posts have been made on this movie yet. Be the first to start talking about The Goldfinch!