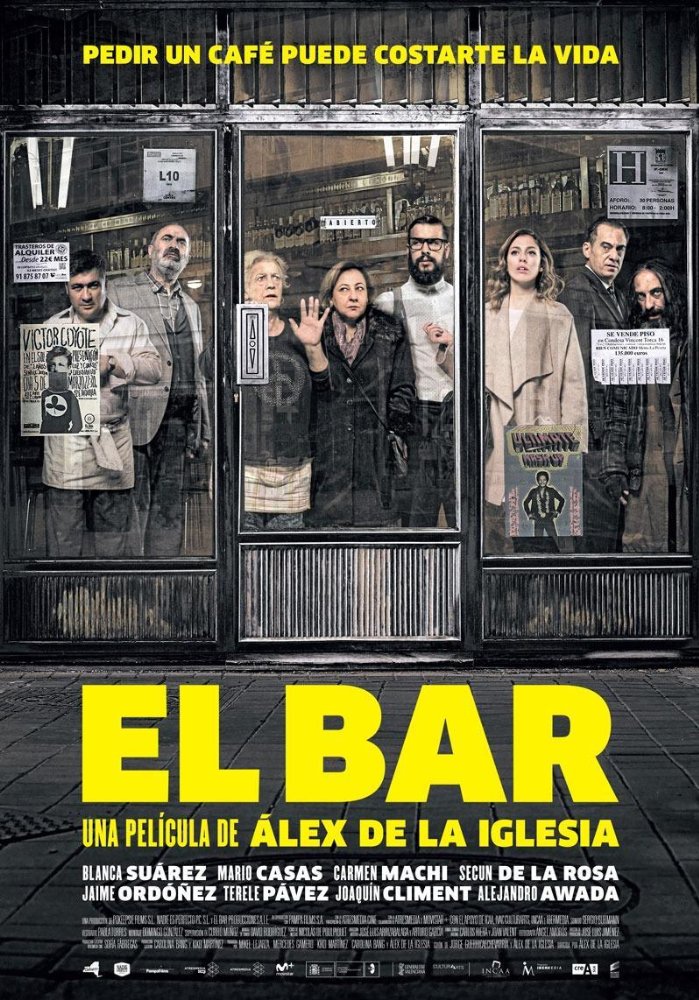 Hey, a little respect.
Weâre all human beings here.
We have to stick together and stay calm.

âEl barâ pretends to be a thriller comedy, but falls short on both levels. The film leans rather towards the comedy genre. But in terms of thriller, itâs a bit too weak. Whatâs actually the ultimate cause of the incident witnessed by a number of persons, isnât really clear in the end. Are they witnessing a terrorist attack? Or is it the umpteenth viral outbreak? Or are we going back on a zombie tour? If the latter were the case, the film would fit more into the horror genre. Itâs not clearly explained. But I think itâs a combination of these assumptions. When you look at the opening sequence, full of microscopic viruses and other whimsical creatures from the microbial …

No posts have been made on this movie yet. Be the first to start talking about Bar, The ( bar, El )!