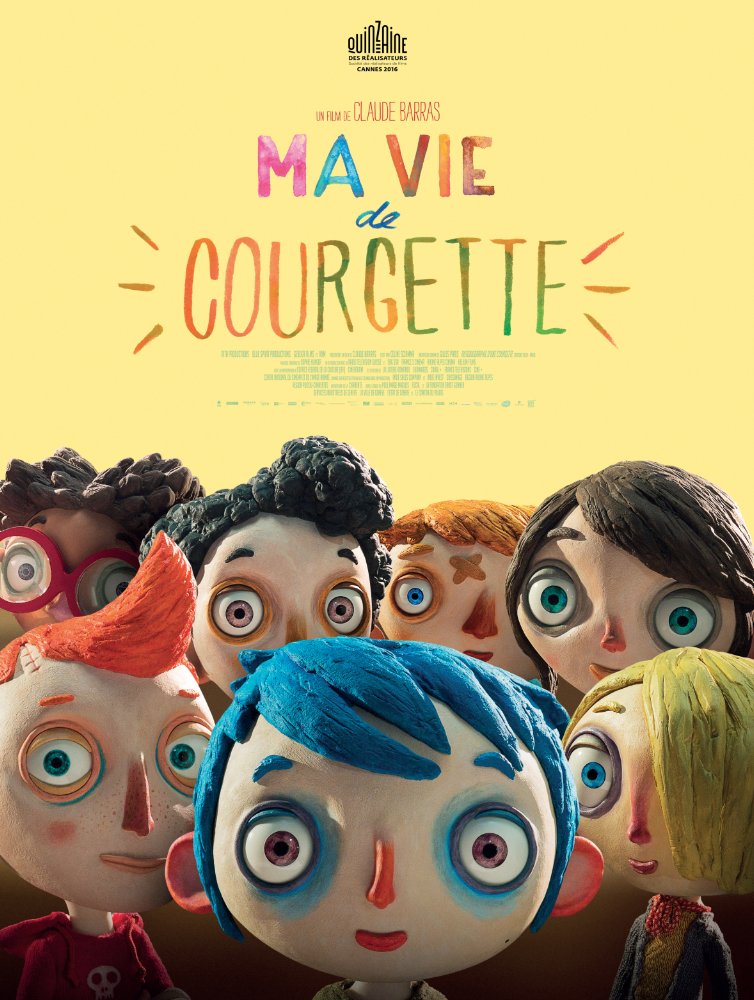 Plot: After accidentally killing his alcoholic mother, a nine year old, blue haired boy named Courgette gets sent to an orphanage by a policeman named Raymond, Courgette then finds out from a boy named Simon that the kids in this home have gone through similar tragedies to him including drug addict parents, suicides, etc. Eventually the arrival of a girl named Camille sparks a love interest for Courgette and drama between Camille and her aunt. -- Stuart '2-D' Pot

A brief, yet completely wholesome animated feature with some terrifically unique animation and surprising maturity.

I know that this film sounds super stupid and kiddie, but believe me, if you look beyond that title, then you will be surprised, as there is a lot of emotional depth to it and some pretty funny bits as well. The storyline is simple, and yet it is very effective and works in it's own right, and the emotions can be found in the characters' eyes to show all the emotion weighing down on them. That is a very clever decision on the animators' part, and it makes the film, as a whole, all the more emotional. Overall a short stop motion animation that has a more emotional edge that feels natural and not generated in any way, which most kids films lack, and that separates it from the other kids films out there, making it feel very unique and rather different. Definitely worth the watch, you will …

No posts have been made on this movie yet. Be the first to start talking about My Life as a Zucchini ( Ma vie de Courgette )!