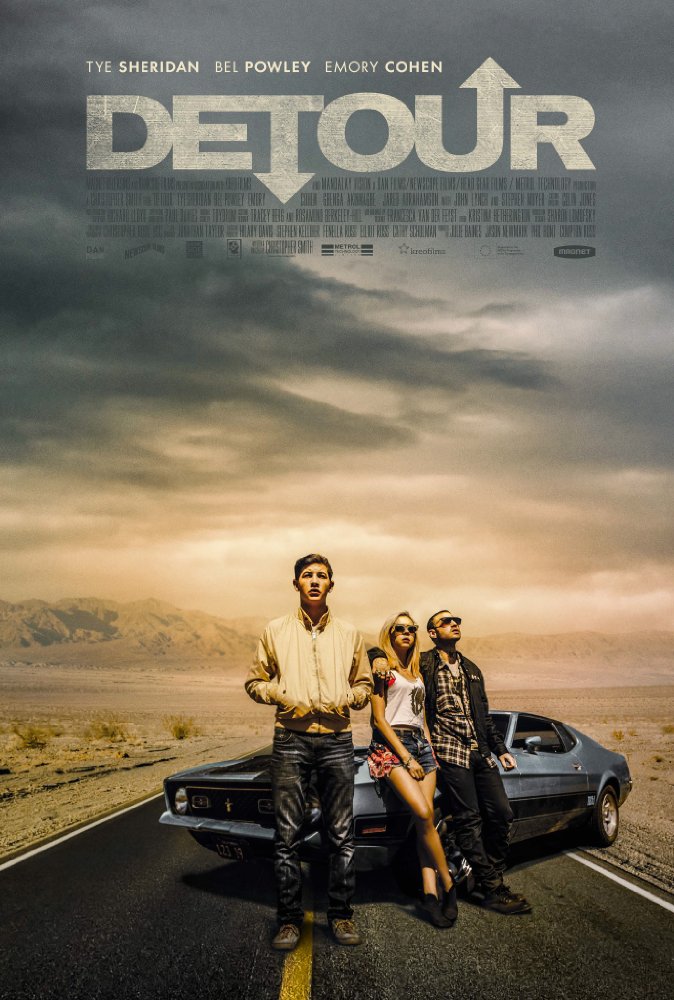 Plot: With his mother in a coma following a car accident, upstanding law student Harper lands in a bar looking to drink his troubles away. But a chance encounter with a young hothead Johnny Ray and stripper Cherry put him on a path to Las Vegas where he has unwillingly set up a $20,000 hit on his step-dad, who he suspects is behind his mother's accident. -- Chris Kavan

This is One Detour Worth Taking

The main reason I was drawn to Detour was Bel Powley, who absolutely blew me away in her breakout performance in The Diary of a Teenage Girl. Granted, I am also a fan of Tye Sheridan, though Scouts Guide to the Zombie Apocalypse is more of a personal preference rather than a critically-acclaimed performance.

Detour also had me hooked with its story that combines a nightmarish road trip with a thriller involving a murder-for-hire that takes a much different turn about a third of the way through the film. Sheridan plays the golden boy Harper - an upstanding pre-law student, but one who has a major issue with his step-father (played by Stephen Moyer). You see, his mother is in a coma and though he has been there nearly ever day, his step-father has hardly visited, though he goes on …

No posts have been made on this movie yet. Be the first to start talking about Detour!