The War with Grandpa Movie Information 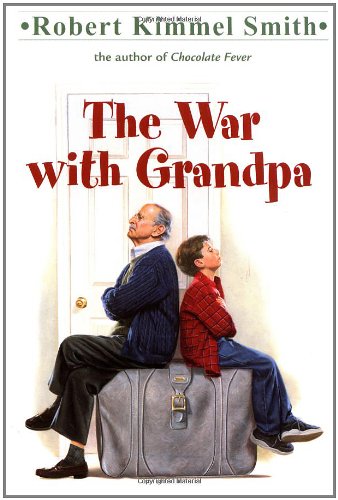 Plot: When he learns that his grandfather is going to start living with his family, Peter is thrilled - that is, until he learns grandpa is taking his room, forcing him into the creepy attic. Peter will stop at nothing to get his room back, devising a plan with his friends to force his grandpa out - but it turns out the old man has his own tricks up his sleeve and isn't going to go down without a fight. -- Chris Kavan

Please, Robert. Stay away from comedies.

Sometimes you have to make
sacrifices in a family.

What a top actor, Robert De Niro. Most of the films in which he played the lead, became film classics. Memorable roles that will still impress in decades to come. From âTaxi Driverâ to âGoodfellasâ. From âThe Deer Hunterâ to âCasinoâ. Unforgettable masterpieces. The only thing De Niro should have avoided in all these years is comedies. Besides âLast Vegasâ there isnât a single comedy (at least of those Iâve seen) with De Niro that I thought was worth watching. Lame humor and an irritating storyline are usually the biggest annoyances about such films. âMeet the Fockersâ, âAnalyze Thatâ, âThe Big Weddingâ, âThe Familyâ and âThe Internâ, just to name a few. Every time I felt vicariously …

Movies I Want To See by carsan48

No posts have been made on this movie yet. Be the first to start talking about The War with Grandpa!