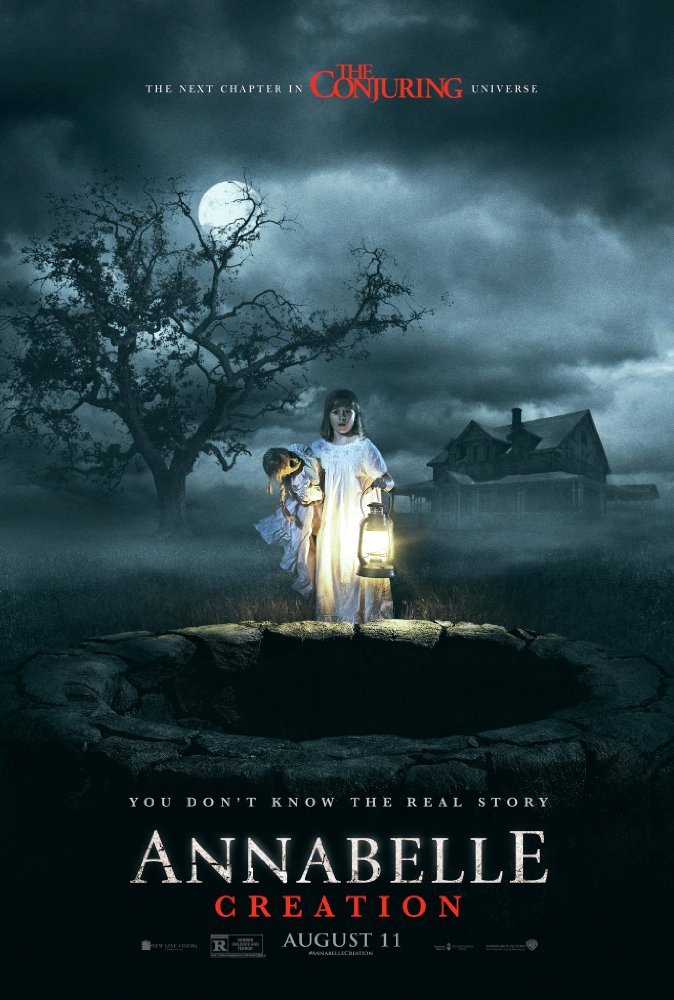 Plot: A dollmaker and his wife, whose daughter tragically died twenty years earlier, decide to open their home to a nun and several girls from an orphanage;The dollmakers creation Annabelle, that is possessed, starts to target children filling the home with terror and horror.

The sluggish "Annabelle: Creation" falls short of other films in the franchise.

While the film relies too much on your typical "jump scare" tactics, it's still much better than the first Annabelle and a worthy addition to the every-expanding Conjuring franchise. The (mostly) young, female cast does an admirable job, with Lulu Wilson and Talitha Eliana Bateman doing most of the heavy lifting. Miranda Otto needed more screen time in my opinion, but that doll is still creepy as hell and the story, while still all over the place, at least leaves a better impression than the original film.

this is less scary then a puppet show in 1800. in daylight. truly dumb.

No posts have been made on this movie yet. Be the first to start talking about Annabelle: Creation!