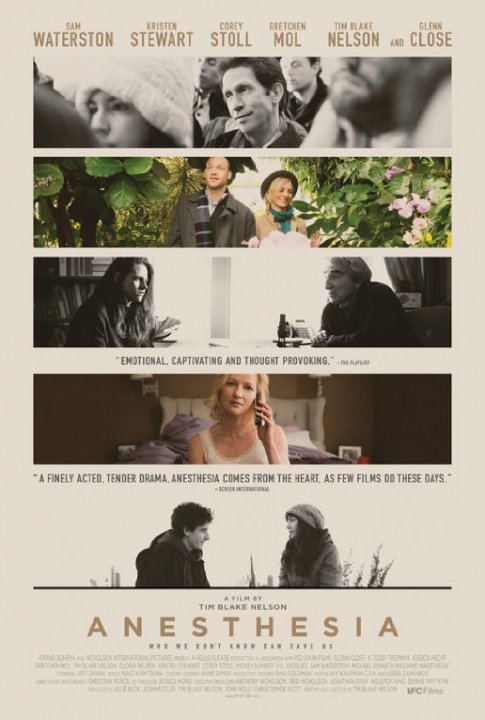 Plot: After being mugged, philosophy professor Walter Zarrow is wounded, leading him to find help by ringing random buzzers. One such act leads him to Sam, a middle-aged man having an affair in the city, who comes to his aid. Thus begins this tale set in New York City as we follow these interconnected ties, leading back to the mugger, a drug addict named Joe, a mother struggling with addiction, a stoner teen and grad student who cuts herself to feel alive. -- Chris Kavan

An account of multiple individuals all struggling with their own personal issues, and they sometimes interact with each other. This isn't on the same level as other ensemble dramas of interconnecting people. For the most part, everyone is separate and self-contained. Their problems are realistic, but some feel very trivial. Everyone also speaks with the same level of highly educated dialogue (including small children). All of the pieces are present, they just don't hold any emotional engagement. It'd be worth more investment if the film actually made me care about these people. Well intended, but misguided effort.

No posts have been made on this movie yet. Be the first to start talking about Anesthesia!