By the Sea Movie Information 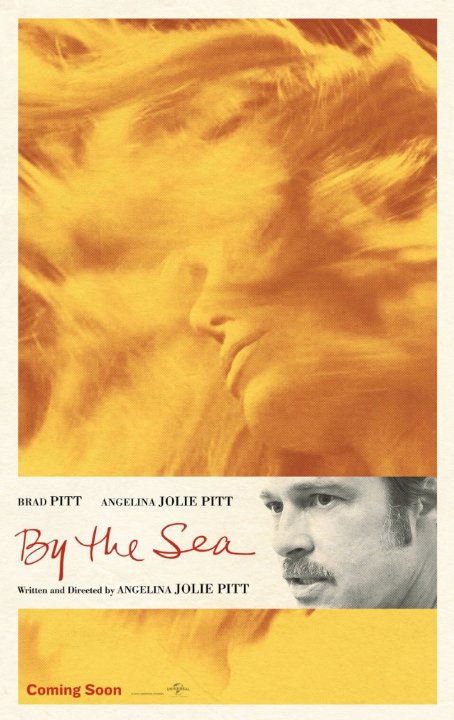 Plot: France in the mid-70s - former dancer Vanessa and her writer husband, Roland, travel the countryside. Their relationship has gotten more distant, but a stop at a quaint seaside town draws them closer as they interact with some of the vibrant people, including the local barkeep and hotel owner. -- Chris Kavan

Painfully pretentious and boring love-letter to itself that tries to imitate an art-film, but fails miserably.

By the Sea - Movie review

I wish the waves will take me away and maybe I might find the meaning to the movie.

By The Sea is about a married couple who takes a vacation in France in the 1970s and find that their time in a sleepy seaside town, complete with a unique array of locals, strengthens their bond and reaffirms their marriage.

Through out my years reviewing movies on this site, I always avoid using words like "pretentious" or "too arty", as I normally don't think that. To me, if a film what's to tell it's story in a unique way with the power of art and visuals that's done well, then I don't think it's pretentious or too arty. Everyone has different taste and I know it's kind of beating a dead horse right now since I keep bringing that up, but I do that just to keep everyone in mind that my opinion and …

'By The Sea' had my recognition in the fact that it was another collaborative starring effort from Jolie and Pitt that was also written/directed by Jolie. It peaked my interest enough to see the film and it's the only thing that kept me till the end. This movie was wearing thin before the halfway point. The drama we are supposed to be invested in is played slowly through character reveals. The only problem is that we don't dive deep into this married couple's broken relationship when that's the intent of the film. It's all so easily understood and on the surface, even though the story wants us to believe it's not. There's no emotional attachment to these characters ever established. The pair are seen spying/interacting with another couple next door. This dynamic doesn't hold much …

No posts have been made on this movie yet. Be the first to start talking about By the Sea!