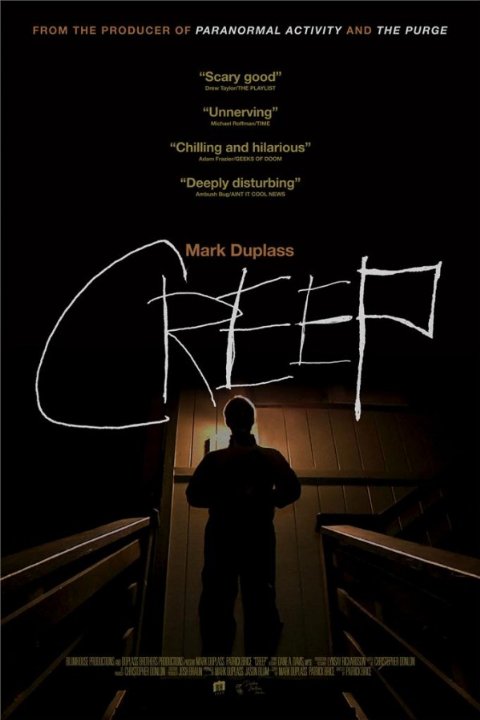 Plot: A man hires a videographer for a day in order to record his dying message to his wife and son. But as the day goes on, the man behind the camera begins to suspect a more sinister motive behind his request. -- Chris Kavan

Definitely deserving of its title, "Creep" stands out amongst the less impressive found-footage films and will leave you stunned.

Disquieting and darkly humorous, Patrick Brice directs and plays the hapless cameraman caught up in the creepy-sweet-then-creepy-again day-long journey with Mark Duplass. Shot, apparently, by improv, with a bare minimum outline, it's a short but quite impressive endeavor. I found it on Netflix (as have many others, turning it in to a quiet, cult hit) and can't wait to see where it goes from here.

No posts have been made on this movie yet. Be the first to start talking about Creep!