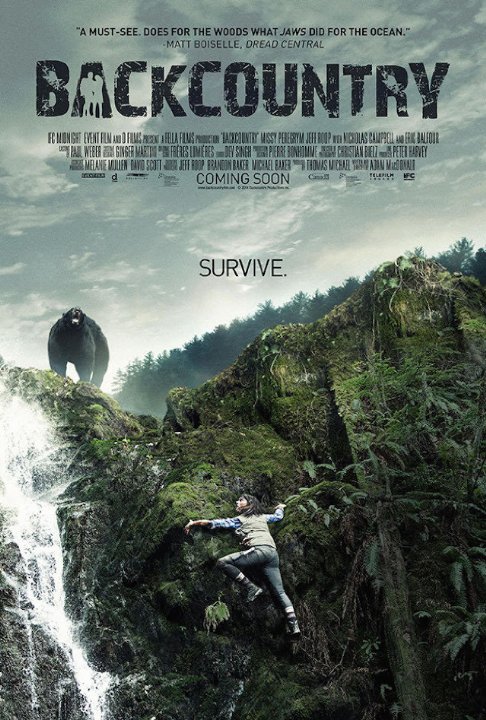 "Hey, rodeo, here's your medical kit and there's a whistle in there. Try to bring that back and I'll try not to charge you."

"Backcountry" isn't really a horror, but it's a damn thrilling movie. Look at it more as a survival movie where a fearsome-looking black bear becomes the principal actor while wandering through a Canadian forest. The movie makes you nervous and will make you start nail-biting while you're waiting for what will happen next. It's evident what the film is about ultimately. Take the terms backpackers, idyllic pine forest and a-hungry-black-bear -who-is-not-so-cuddly-looking -like-the-one-in-your-daughters-bed,and you've pretty much described the whole movie. The only question is when and where disaster will strike and how hard ! In other words 90 minutes of …

No posts have been made on this movie yet. Be the first to start talking about Backcountry!