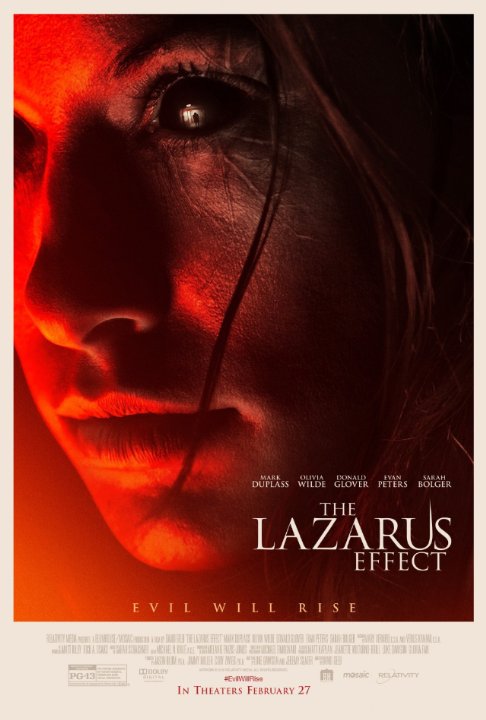 Plot: While mapping the human brain, a group of research students kills one of their own but manages to bring them back to life. But the reanimated is no longer human, and they must figure out a way to contain it before it can escape... or kill them all. -- Chris Kavan

Fairly standard all around - characters were interesting but not that well-developed and the plot was a predictable meld of Flatliners and Carrie. It didn't help that the movie didn't move from the one location - I get why it happened this way, but it kind of hamstrung itself doing that. All told it was an enjoyable but not memorable horror film. I guess there's a good reason why it was held on the shelf for so long before being released.

Flatliners meets Lucy. A strong cast and some lovely direction/cinematography, but while the concept was good, the script fell to pieces about halfway through. A shame -- this movie had a lot of potential.

"There's something seriously wrong with that animal. It's like it was possessed or something."

Once again a movie about the fact that playing for God could cause some life-threatening situations. Do you remember the film "Pet Sematary"? And also "The other side of the door" showed that it's not a good idea to resurrect a deceased person in a non-everyday way. The same happens to Frank (Mark Duplass) and ZoÃ« (Olivia Wilde) in this inferior Scifi / Horror. ZoÃ« has developed a serum called "The Lazarus serum", to give health care professionals more time to do their work. By means of this serum, it should be possible to bring deceased patients back to life. During an experiment on a dead dog it turns out that not only the animal is walking around and wagging his tail again, but also the …

No posts have been made on this movie yet. Be the first to start talking about The Lazarus Effect!