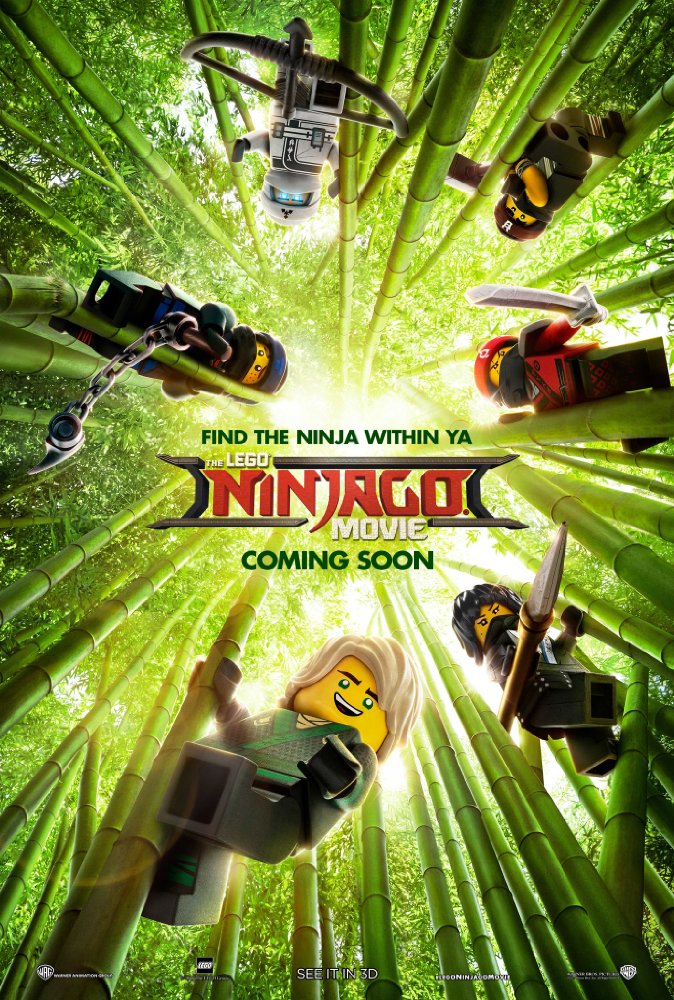 Plot: Six young ninjas: Lloyd, Jay, Kai, Cole, Zane and Nya are the most gifted warriors who protect their island home of Ninjago. But while they fight evil at night, by day they must take on something far more dangerous during the day: high school -- Chris Kavan

After the success of two previous LEGO based films, why stop now? But after watching "Ninjago," I can't help but feel it might be time to put the toys away.

I loved the original LEGO Movie because of its exuberance and sly references. I thought LEGO Batman was good because of its hilarious send-up of superhero tropes. I gave the new movie a shot based on those two films and while it shared some of the same over-the-top fun, it just wasn't the same. Maybe because I'm unfamiliar with the source material or the too Power Rangers-like tone, but Ninjago was just very middle-of-the-road - but props to the voice cast, that part I can't fault.

No posts have been made on this movie yet. Be the first to start talking about The LEGO Ninjago Movie!