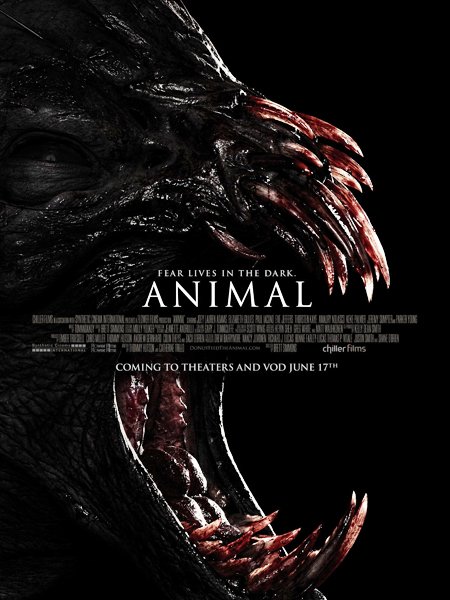 Seen this before, but wasn't that bad ...

Chiller Films delivers another horror/slasher from a decent level. Don't expect something extraordinary and original. The ultimate story, the setting and the end of "Animal" is already used infinite times and won't ensure that the seasoned horror buff will raise his eyebrows. The title alone indicates a total lack of inspiration and sounds pretty dull. Although it covers the complete movie and from the outset you already know what you can expect. A bloodthirsty beast that moves amazingly quickly through the forest, making multiple victims. If you're not really a fan of such movies and you can't stand gore scenes, you can rest assured, because that is totally absent in this film. Perhaps that's because Drew Barrymore was the "Executive Producer" and has ensured that the rough edges were …

No posts have been made on this movie yet. Be the first to start talking about Animal!