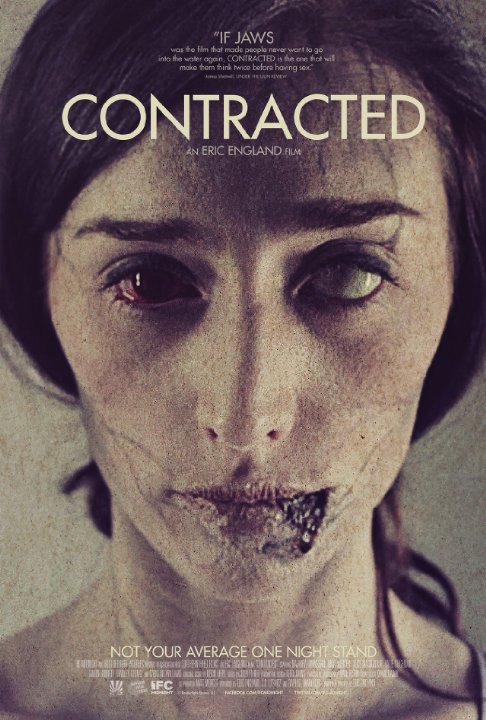 Plot: A one-night stand leaves a woman certain she has contracted a sexually-transmitted disease... but the reality is much worse than she could imagine. -- Chris Kavan

This is one of those films where you both want to slap the protagonist for being such an idiot while at the same time.... ewwww. If my eyes turned red and I started losing teeth, hair and nails (not to mention bleeding all over) I would quarantine myself - or lock myself in a hospital - certainly not go into work and take this time to confront the people in my life. Eh - the story made me want to pull out my hair, but the effects were frighteningly good.

No posts have been made on this movie yet. Be the first to start talking about Contracted!