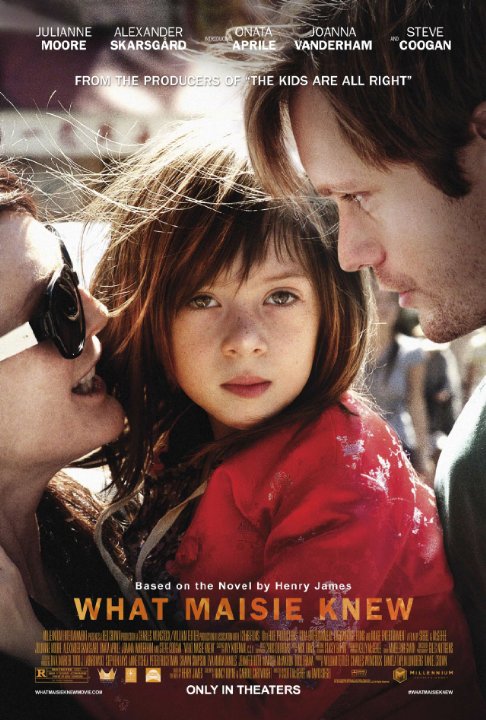 Essentially "Kramer vs Kramer" with a daughter and shown exclusively from the her perspective, Onata Aprile excellently carries this portrait of a child stuck in a torn home with brief moments of tenderness.

Directors Scott McGehee and David Siegel keenly focus on Maisie, as they should do. She is going through a deeply bothersome situation that can lead to sad consequences, and their eye on her emotional response to it all really makes the film so much more impactful then it would if it had been done poorly. Helping invest the audience into Maisie's story is Onata Aprile's brave and absolutely wonderful performance. She's exceptionally well directed into a character we immediately connect with and, for those who've been through a similar situation as her (I did at a young age), relate to. She does a wonderful job, essentially giving the film its heartfelt and resonating core. Supporting players including Julianne Moore and Steve Coogan are unsurprisingly fantastic as Maisie's unlikable …

Top Ten Films of 2013 by KingoftheCorn

No posts have been made on this movie yet. Be the first to start talking about What Maise Knew!