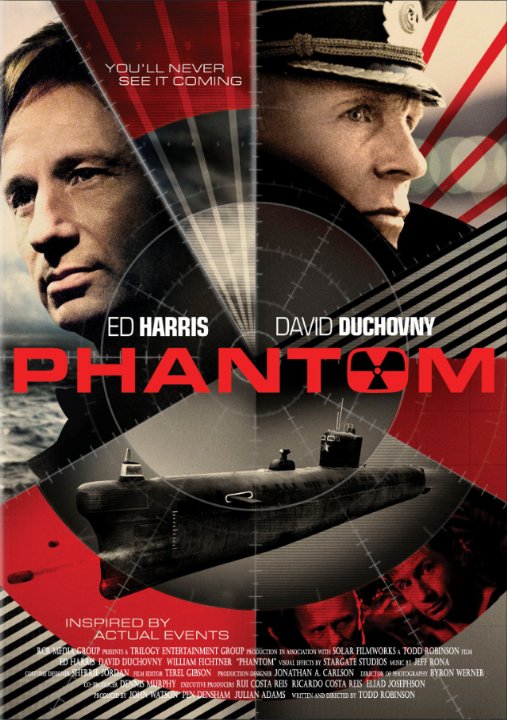 Plot: A Soviet submarine captain with a long, haunted history leaves his family behind to take on a covert mission and soon realizes the fate of the world rests in his hands. -- Chris Kavan

Phantom (2013) R Set in the late 1960âs, Demi (Ed Harris) is the captain of a Russian missile submarine, and heâs embarking on his last mission before he retires. But, the mission is classified, and Demi must deal with a KGB agent (David Duchovny) who wonât say what the mission is about or where the sub is going. Demi soon discovers that itâs a mission that just may drag the world into another war. This is a film that works a lot like a mystery. As the story develops, we learn more and more about not only the mission the sailors are on, but also about each character. Ed Harris gives a multilayered performance as the Submarine commander whose past comes back to haunt him. Duchovny is brilliant as the KGB agent who may have a hidden agenda, an agenda that could have deadly …

Movies I Want To See by Granny9

No posts have been made on this movie yet. Be the first to start talking about Phantom!