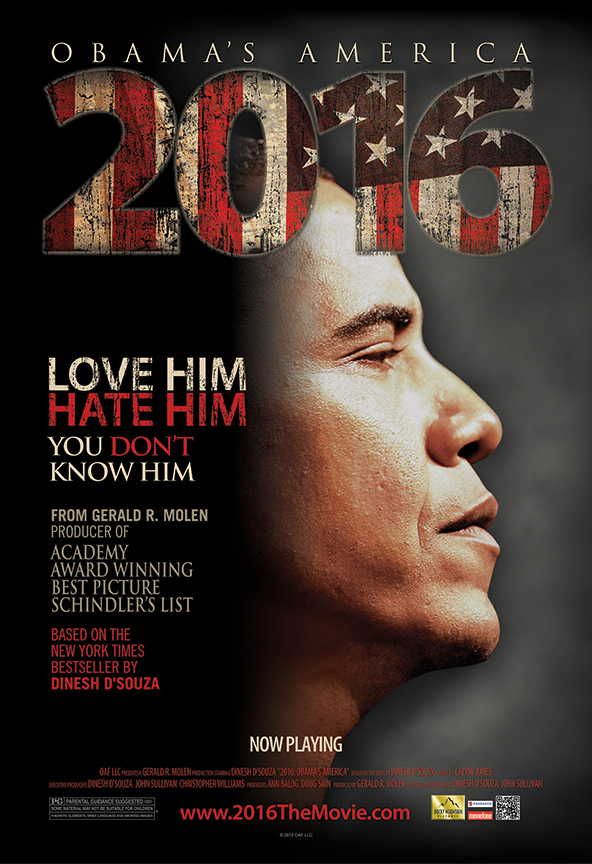 Plot: This conservative documentary from Dinesh D'Souza and John Sullivan takes a look behind what has shaped Barak Obama's ideology and posits what 2016 will look like should he be re-elected. -- Chris Kavan

Blah - pure propaganda presented as a "documentary" on Barack Obama, his family roots and how that has supposedly shaped his life. It makes me sad to know this is one of the most popular documentaries of all time. He was reelected - despite releasing this months before the election - and I don't think America is going to implode.

This movie has opened my eyes, and not only shocked me into reality, but has changed my outlook on obama forever. He plans to take down america as we have known it, and will stop at nothing to accomplish his goals. He has the media in his pocket, and like hitler said, "give me control of the media, and i will control the nation". It appears he is well on his way to weaken america so his people the can take over and destroy christianity and a once powerful nation forever. God help us all, we can not let him win the whitehouse in november!!! This is the best truth telling movie i have ever seen...i give it 4 stars...

kw Movies to Get by kwaz48

No posts have been made on this movie yet. Be the first to start talking about 2016: Obama's America!